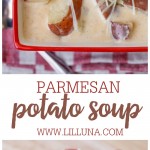 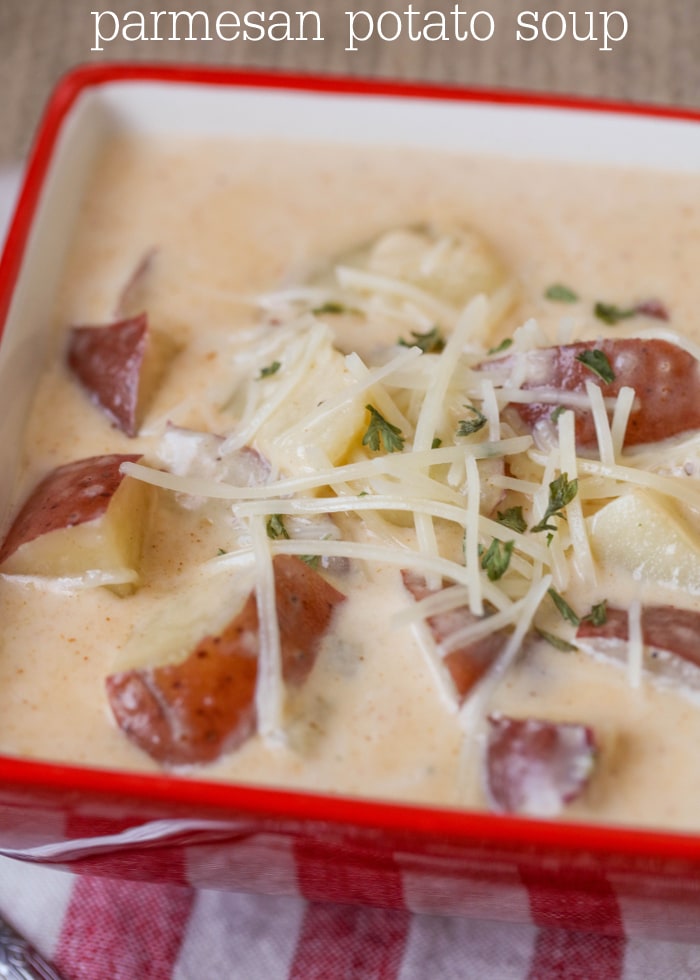 If you haven’t figured it out by now, we are soup maniacs! I warned you last week that I would be bringing you another soup recipe today. Well, as promised, today’s recipe is Creamy Parmesan Potato Soup. Now, I’m sure most of you have some kind of Potato soup in your books. You may or may not have already tried our Cheesy Potato Soup. This is typically my go to soup recipe. But, my Mom was feeling a little creative, so she made us this scrumptious version instead. We’re sure glad she did!

Using red potatoes and lots of cream, butter, and cheese made this a SURE hit! Not peeling the red potatoes was a great choice and really gave this soup some character. And don’t tell my Mom, but I actually didn’t mind the onions in it. (Gasp! My husband would die if he read this – onions just aren’t my thing.) That’s just one reason why I love soup. It allows me to eat foods I wouldn’t normally eat.

It’s rainy and cool today (which I’m sure wont last long!), but its certainly making me want a bowl of warm soup. We made this recipe a few weeks ago, but I might just have to whip it up tonight. Quickly before it gets back into the 90s. #azproblems! 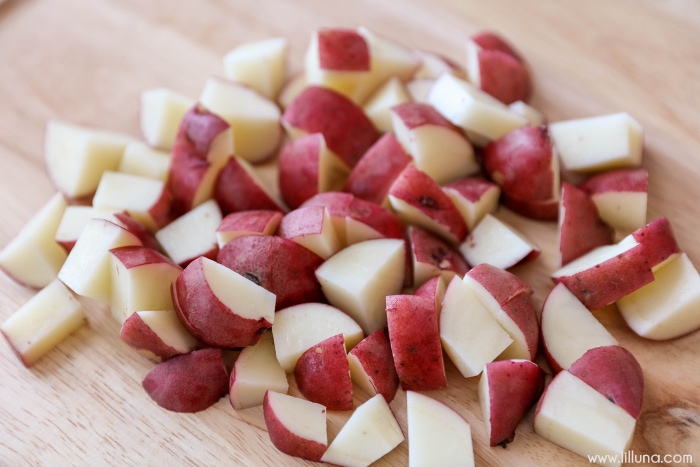 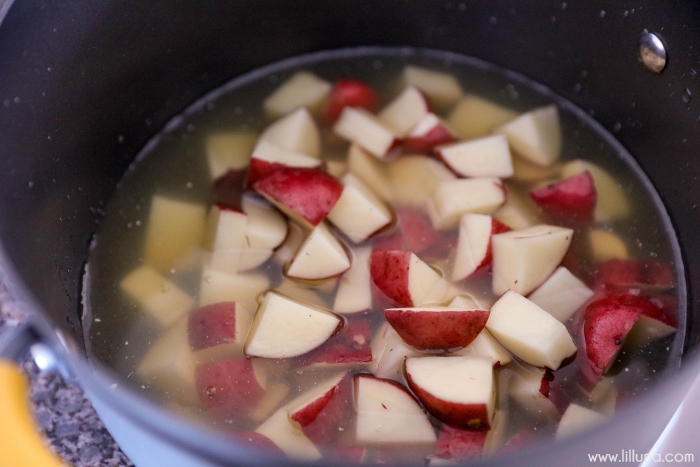 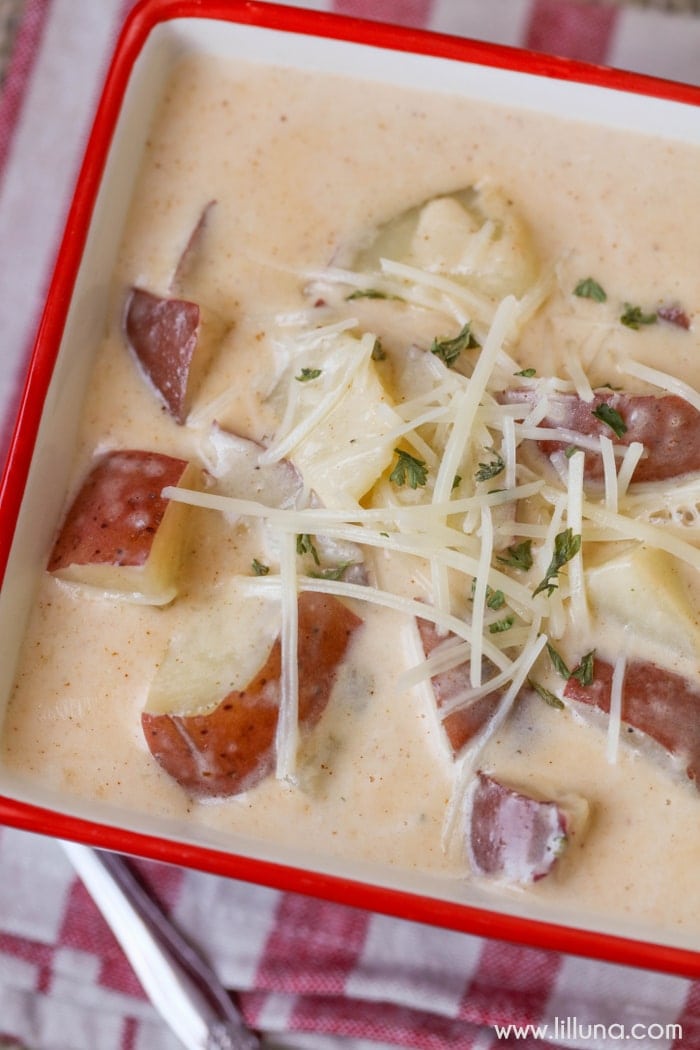 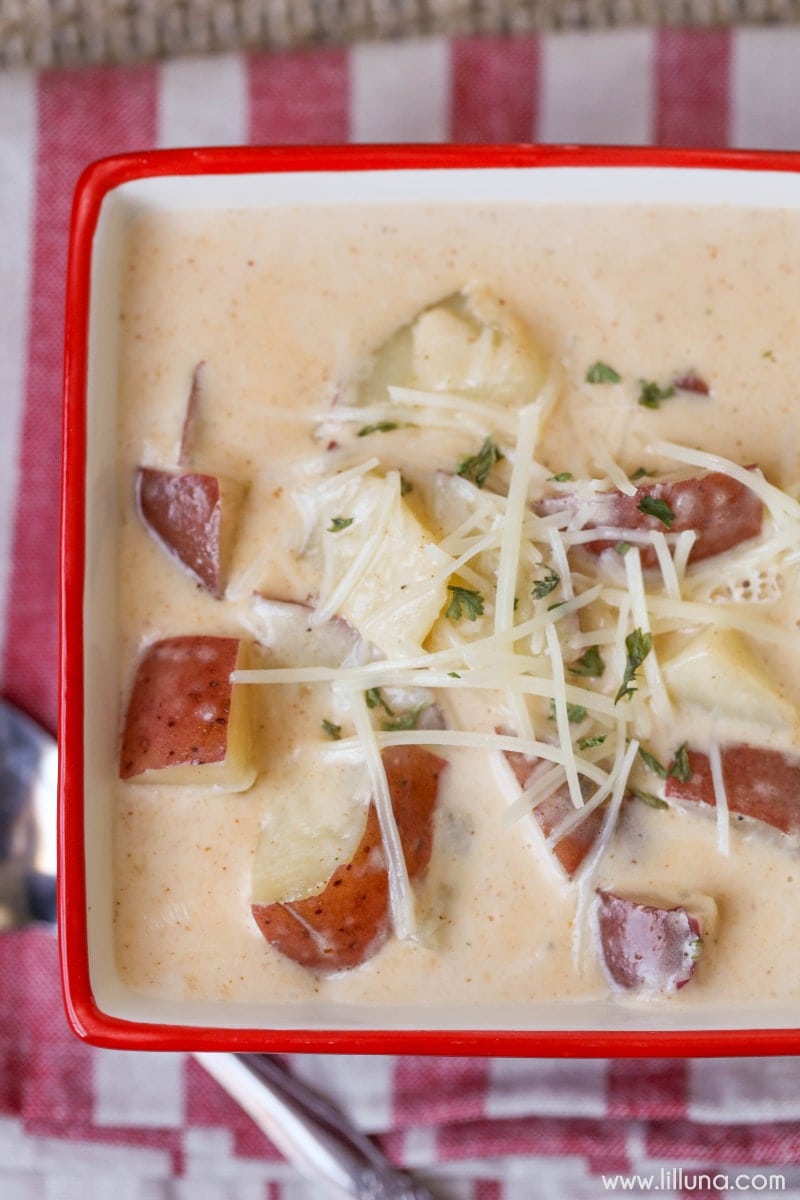 For even more potato soup recipes, check out: 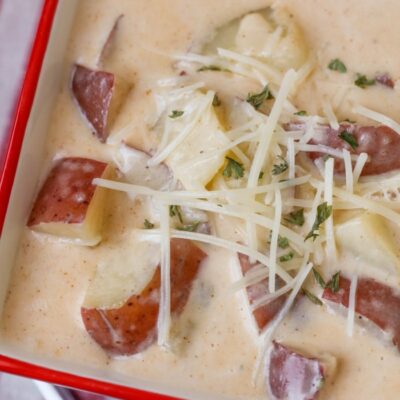 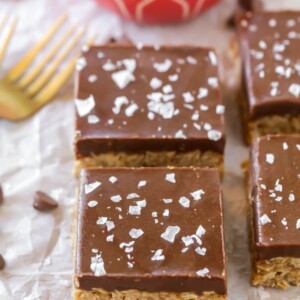 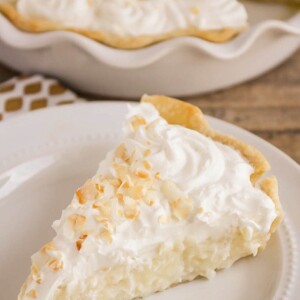 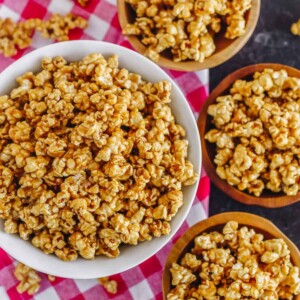 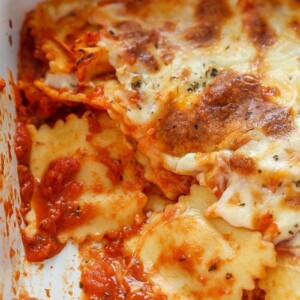 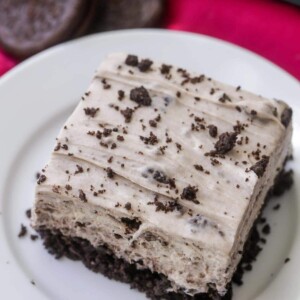 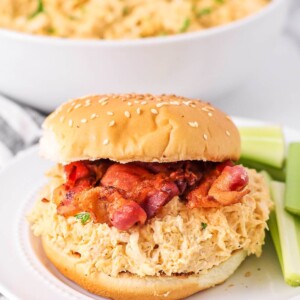