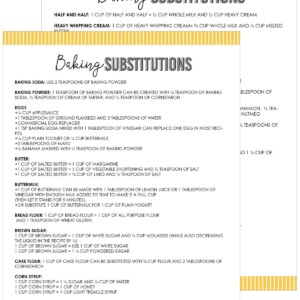 A list of all the most common baking substitutions to help you out in case you find that you are out of a key ingredient while baking. 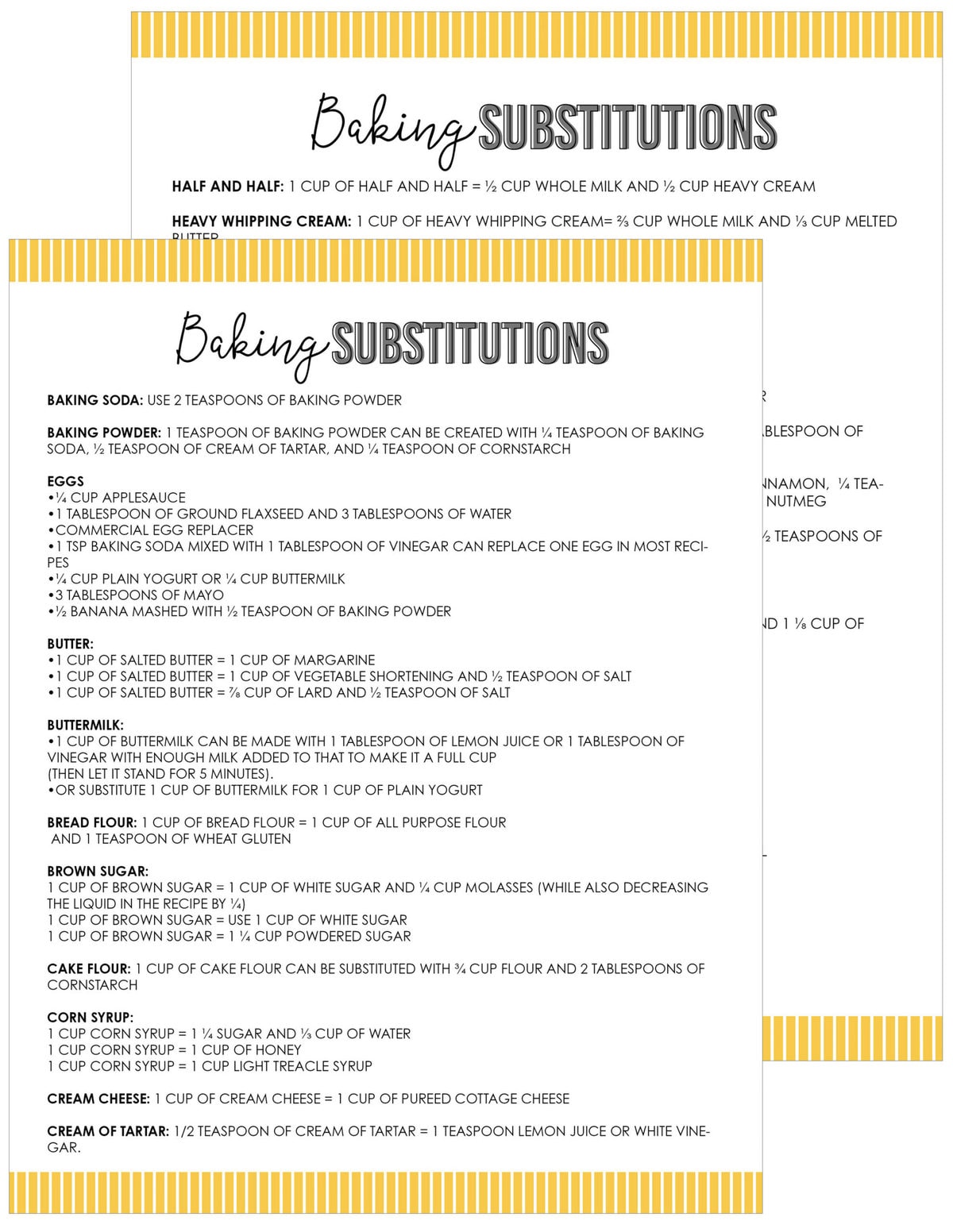 Don’t Have What You Need? don’t fret!

Many common baking ingredients have substitutions that work well.

Be aware that even though these common substitutions are used quite successfully, they don’t always match what is originally called for in a recipe. Unlike cooking where you can easily adjust ingredients, baking is more of a science.

When any ingredients in a baking recipe is replaced it changes the way the dish bakes. Sometimes I like the result even better than what is called for in a recipe. While other times I can’t tell a difference. In some rare cases the substitution I was disappointed when it didn’t work quite as well as I’d hoped.

Substitutions are great because they often use ingredients that I usually have on hand. For example I don’t always have buttermilk on hand, but I do always have milk and vinegar. 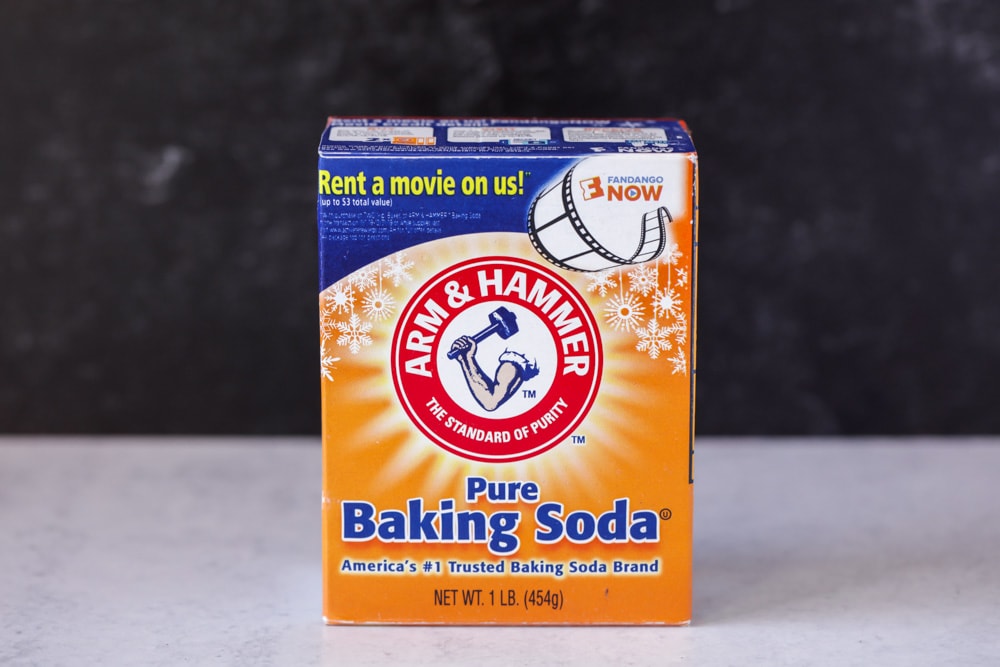 Subs for the Most common Baking Ingredients 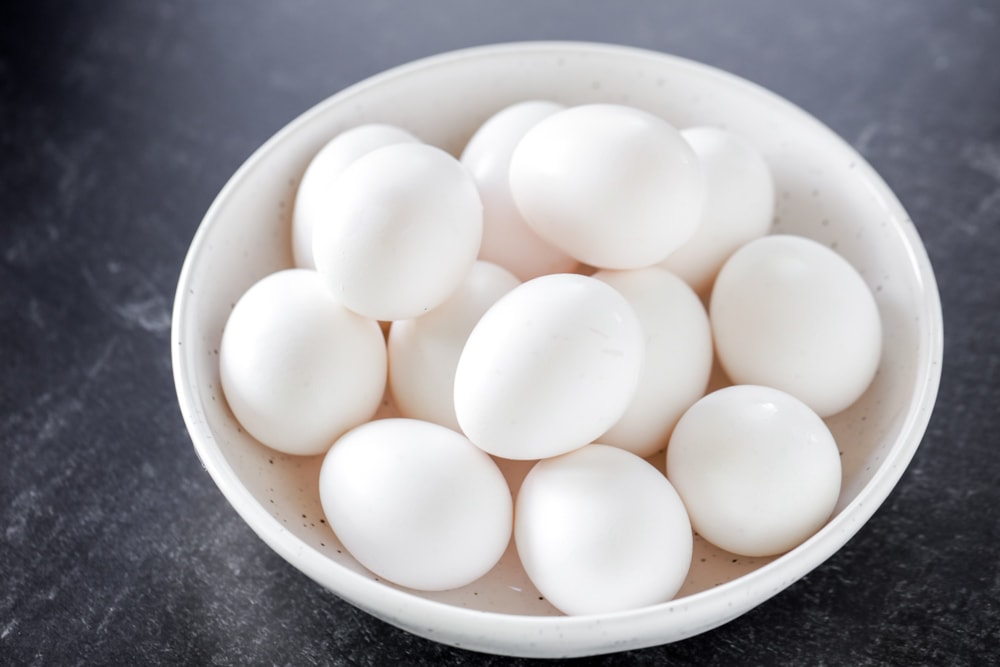 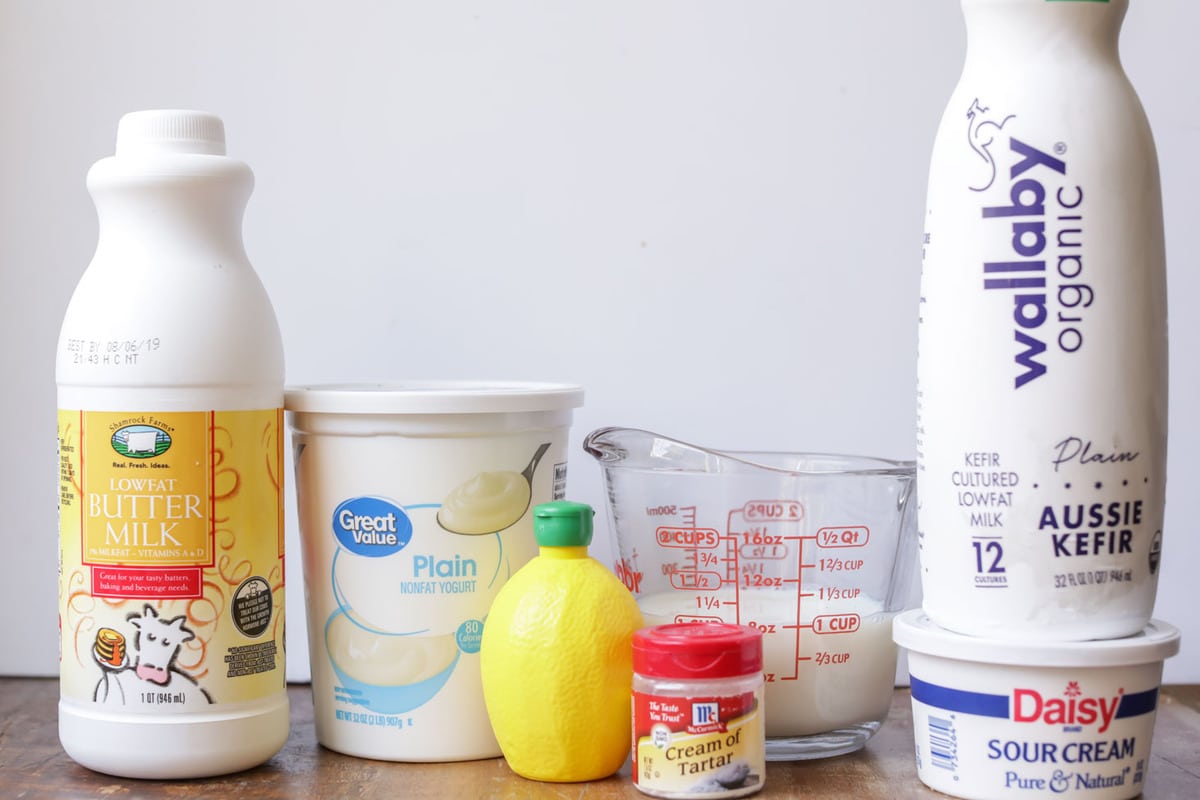 Buttermilk: Here are a few ideas but we also have a blog post all about Making Buttermilk.

Bread Flour: 1 cup of bread flour = 1 cup of all purpose flour and 1 teaspoon of wheat gluten

Cake flour: 1 cup of cake flour can be substituted with ¾ cup flour and 2 tablespoons of cornstarch 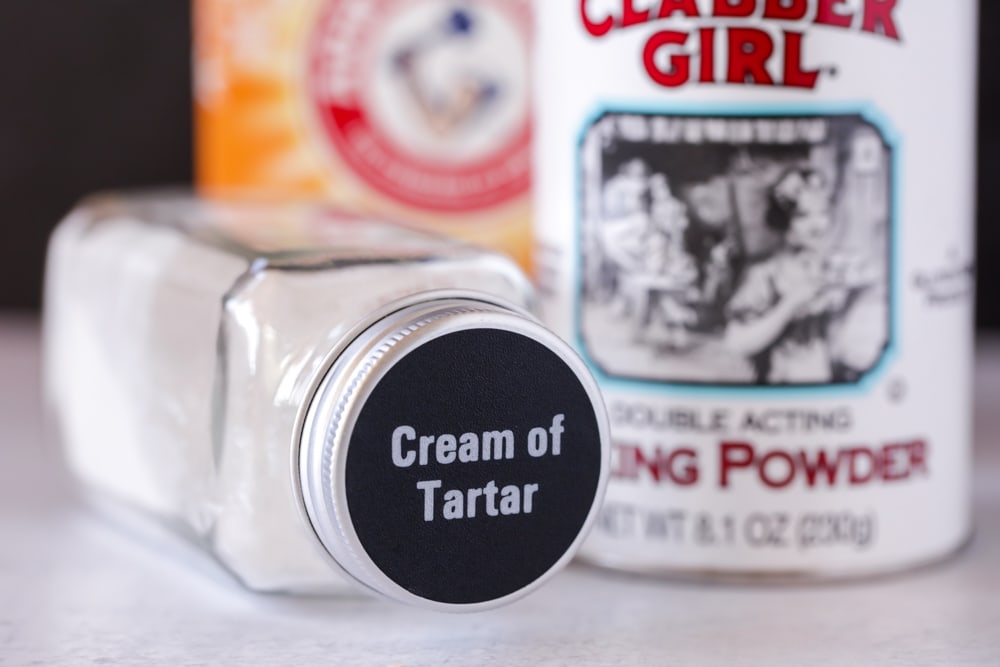 Half and Half: 1 cup of half and half = ½ cup whole milk and ½ cup heavy cream 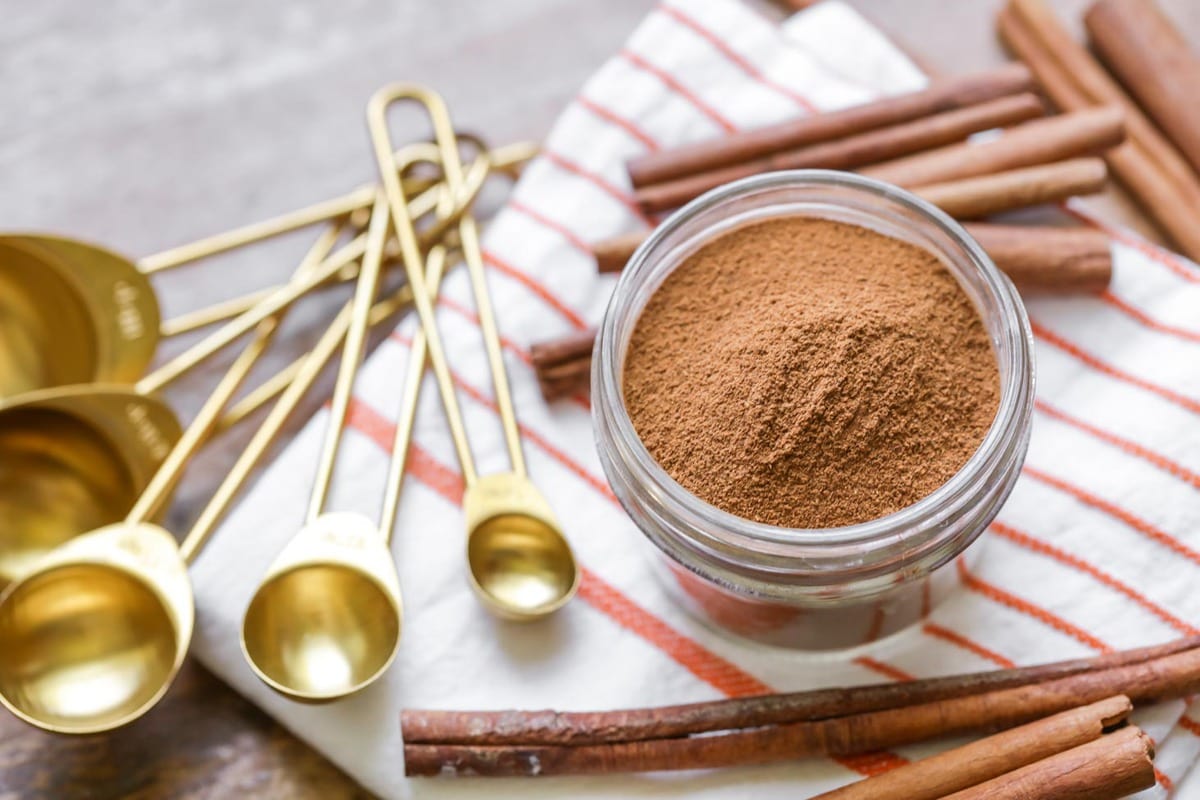 Sweetened Condensed Milk: ¾ cup of white sugar mixed with ½ cup water and 1 ⅛ cup of powdered milk. Bring it to a boil and stir until it thickens, about 20 minutes. 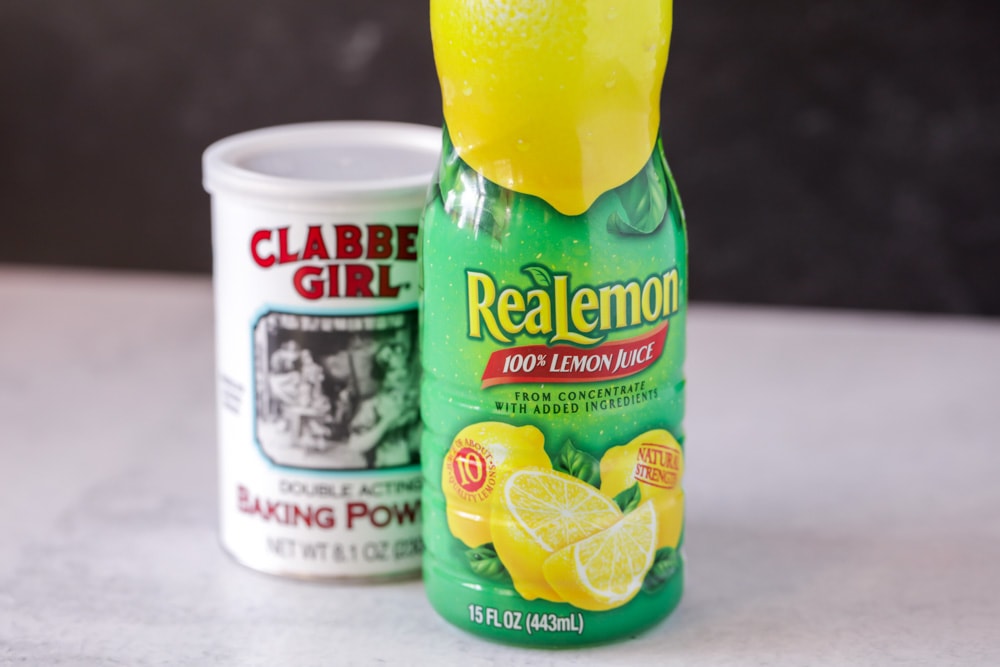 For more helpful tips, check out: 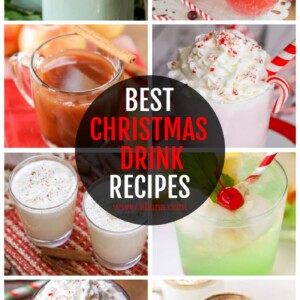 Caroling, decorating the tree, Christmas Eve, or Christmas dinner all deserve a delicious refreshment. I have gathered up our favorite Christmas Drink Recipes with something perfect for any occasion throughout… 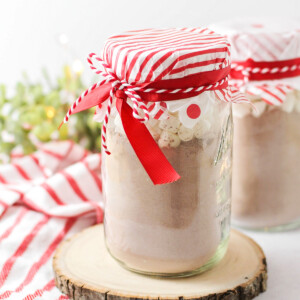 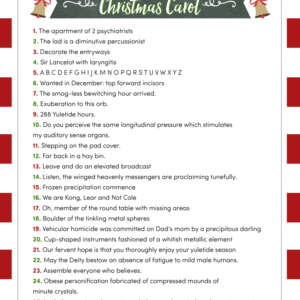 Guess the Christmas Carol Game – use the clues to guess the carol. A fun, FREE, game to use at your next Christmas party! For more fun holiday games, try… 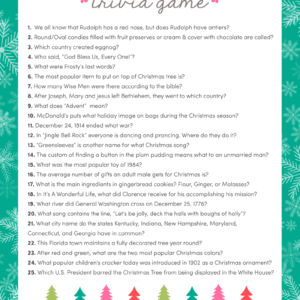 Free Christmas Trivia games are fun and free – perfect for your next Christmas gathering, White Elephant Exchange, or Ugly Sweater Party! Do you know what Frosty’s last words were?…