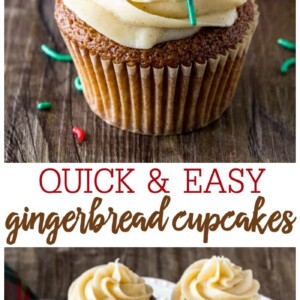 These easy gingerbread cupcakes are made with cake mix and topped with fluffy, cinnamon cream cheese frosting. The perfect cupcake for Christmas!

I love finding tasty, shortcut recipes for the holidays – and these gingerbread cupcakes with cinnamon cream cheese frosting are a new favorite this Christmas. I know most people think of gingerbread cookies, but I would definitely try these cupcakes too! 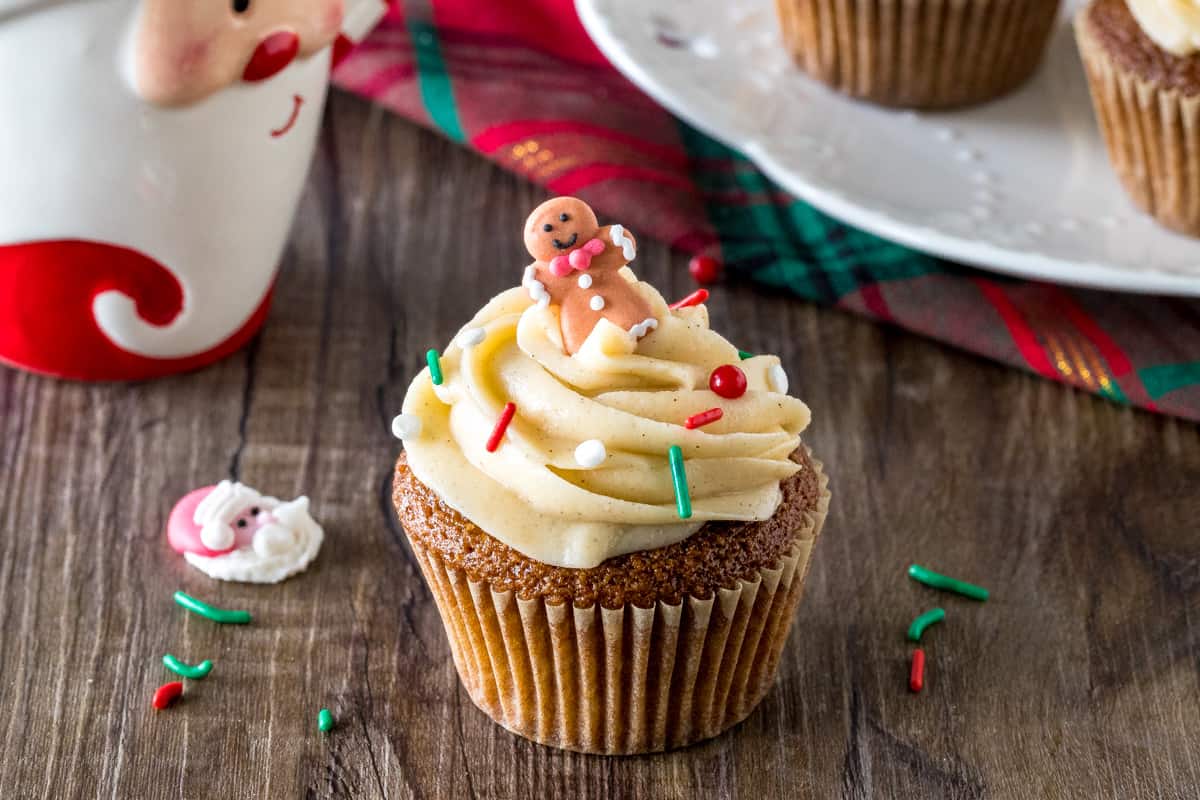 This cupcake recipe starts with a box of spice cake mix. Instead of making the cupcakes according to the box instructions, we’re whisking the cake mix with:

I recommend sifting the cake mix first to get out any lumps because it will make the cupcake batter whisk together much more easily.

NOTE: If you can’t find spice cake mix, you could use yellow cake mix (but not vanilla). If you’re using yellow cake mix though – I recommend using 2 teaspoons ground ginger, 1 teaspoon cinnamon and ¼ teaspoon allspice for the spices. 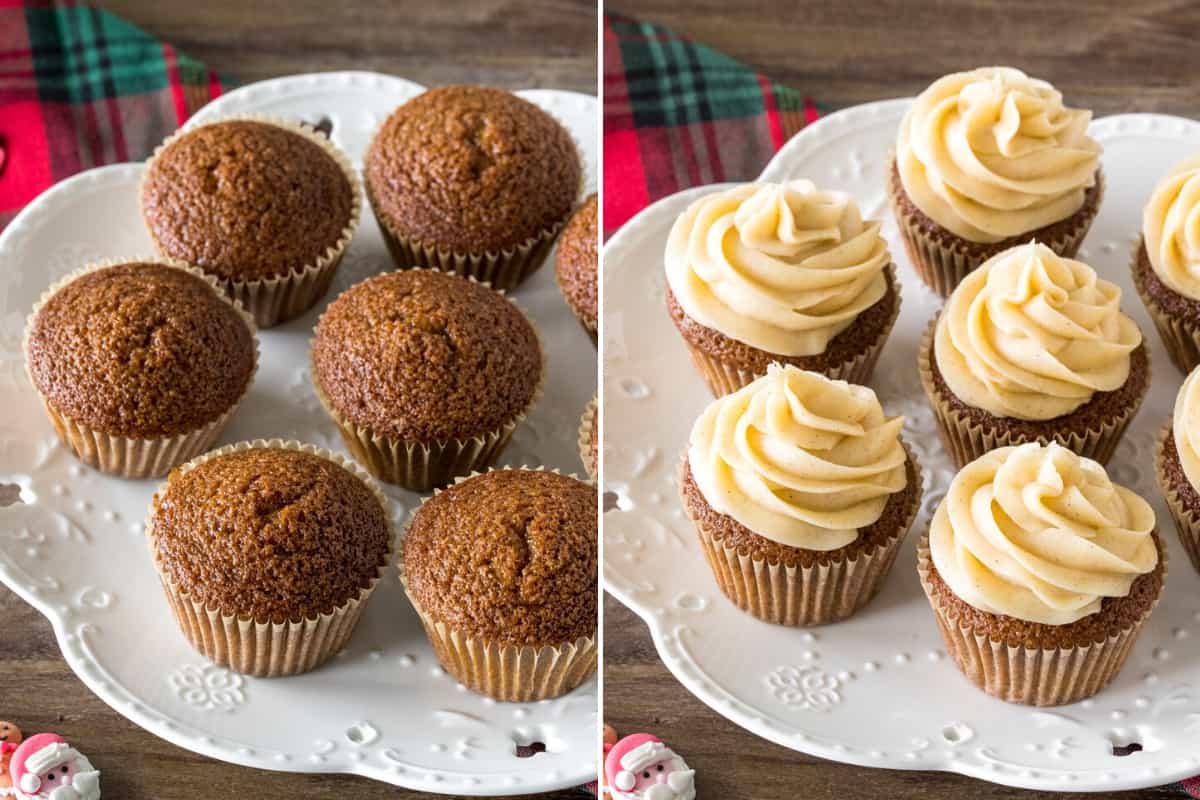 And if you really, really wanted to save time, you could also buy a tub of cream cheese frosting, and then mix in 1 teaspoon ground cinnamon. 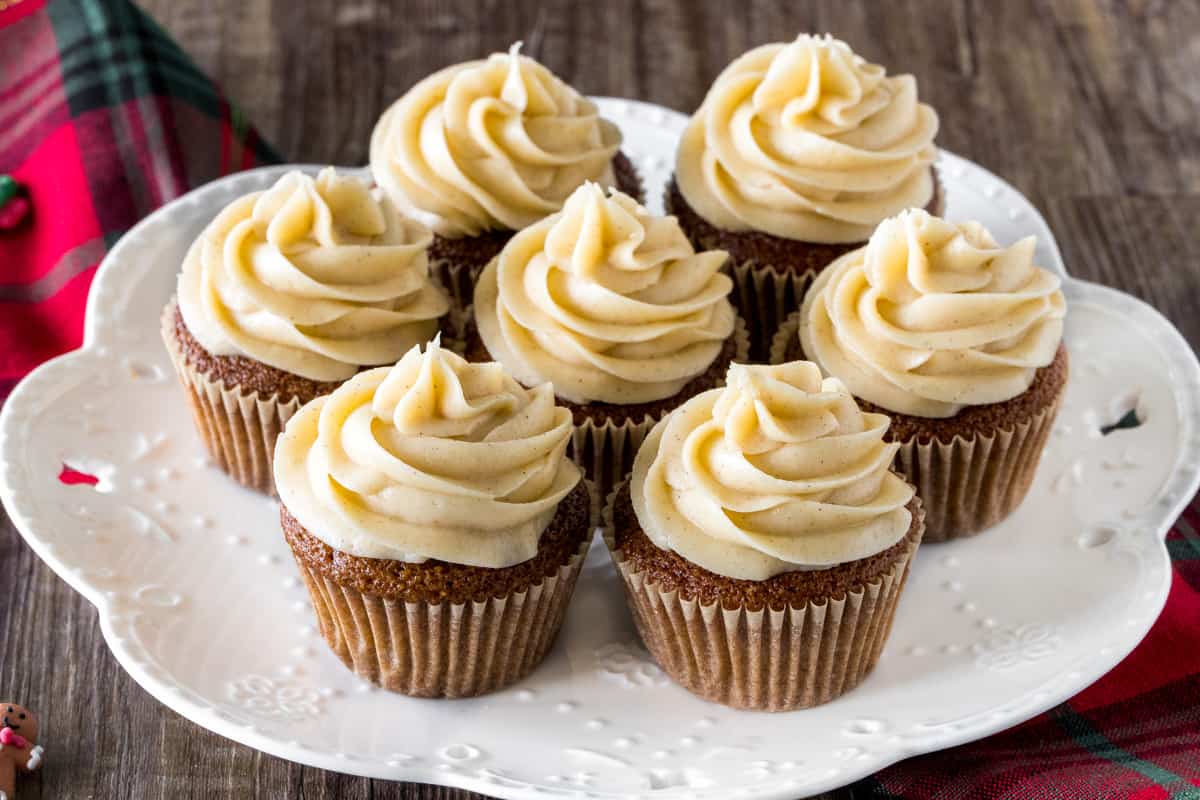 Storing: These cupcakes can stay at room temp for a few hours but should be refrigerated for up to 3-4 days to last longer. If they are already frosted with cream cheese frosting, they definitely need to be in the fridge so the dairy doesn’t go bad! 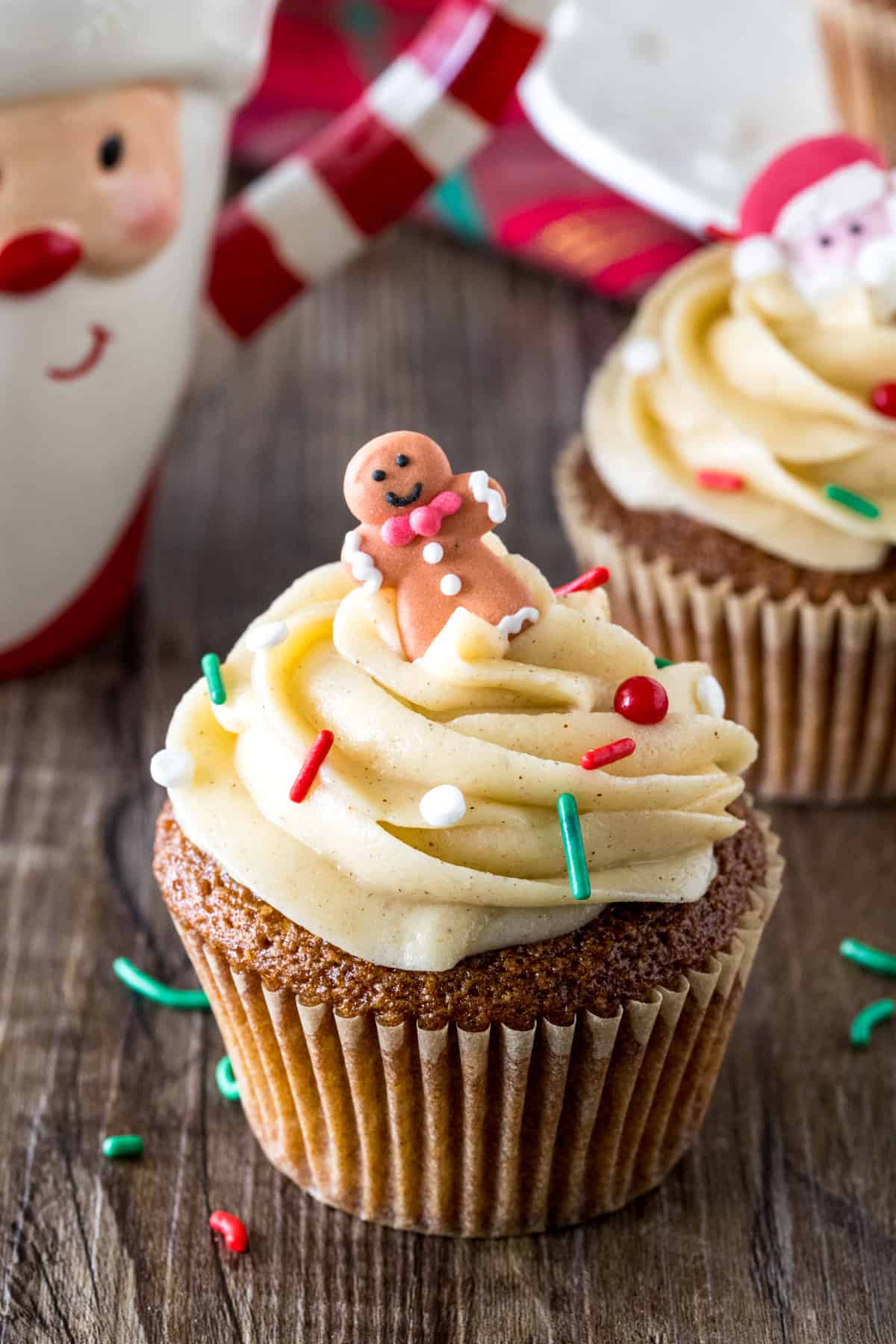 Easy, perfect for Christmas, and with a delicious ginger molasses flavor – this gingerbread cupcakes with cinnamon cream cheese frosting are the perfect Christmas cupcake recipe!

Looking for more Christmas treats? Make sure to try: 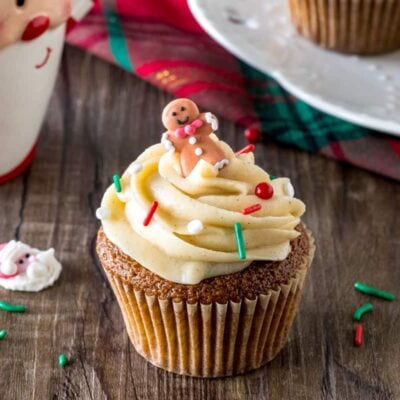 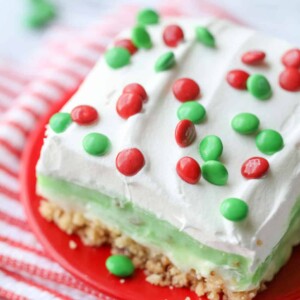 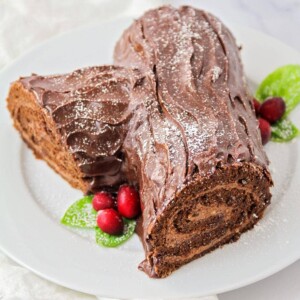 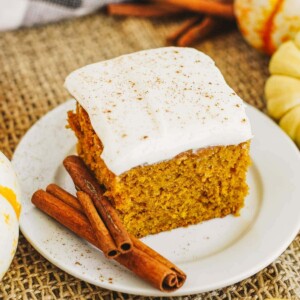 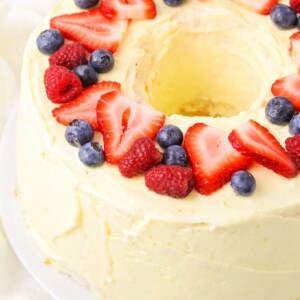 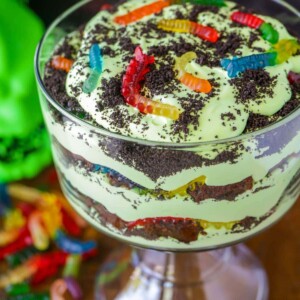 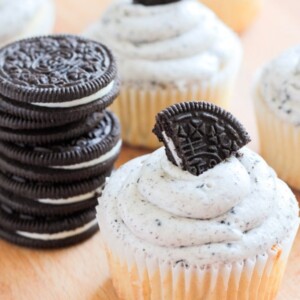 My name's Fiona and I love to bake and blog. I share homemade, from scratch, classic recipes for desserts & sweet treats including cakes, cupcakes, cookies and more.