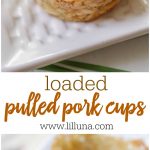 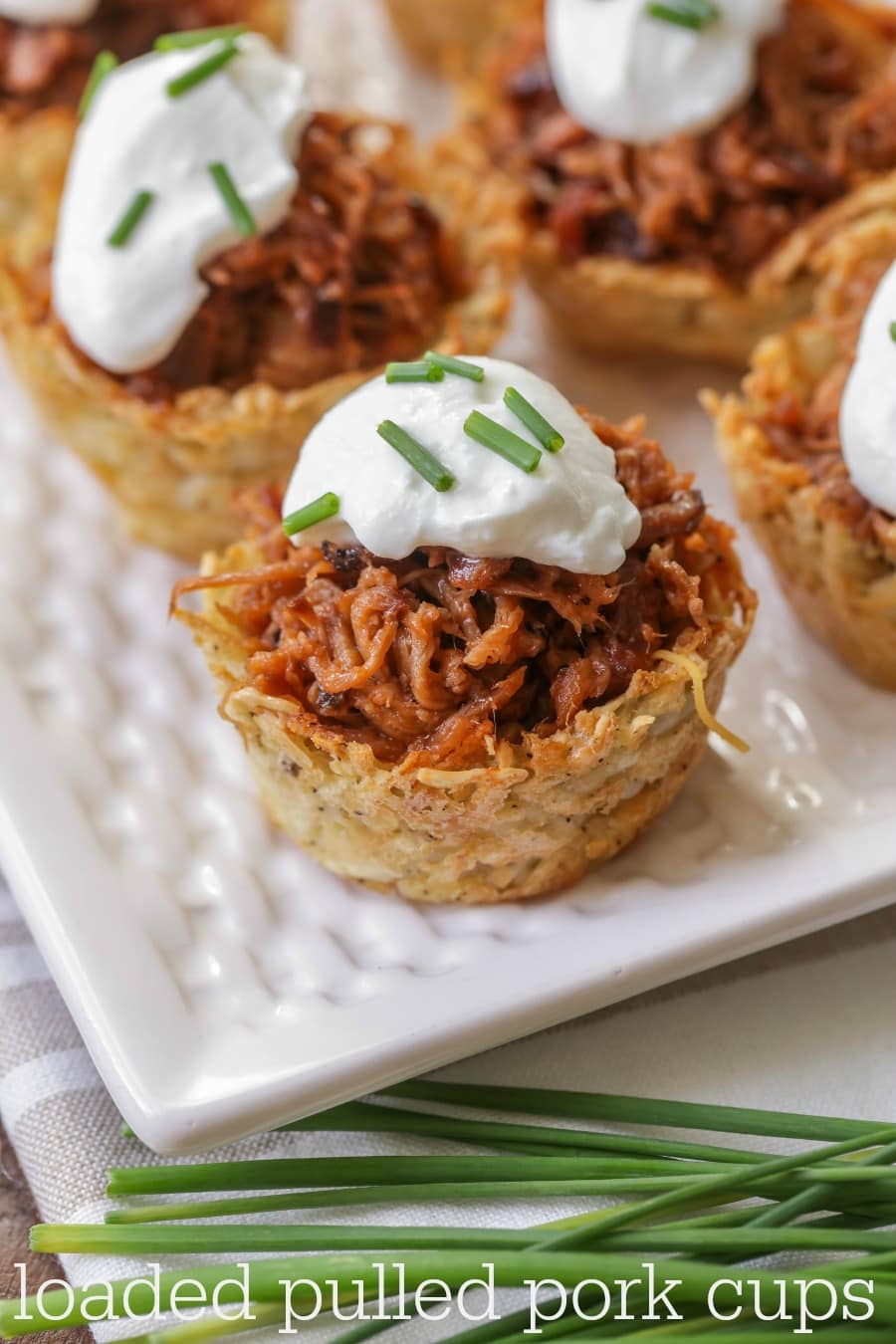 Hey guys! Kellyn again with another tried and true recipe to add to your Pinterest board. 🙂

I’ve discussed this before, but I’m saying it again – I LOVE bbq sauce! My mom makes a mean pulled pork. It’s usually one of our favorites during the summer time, but in my opinion, it should be eaten all year long! That’s why I wanted to share this unique twist on pulled pork with you today. These loaded pulled pork cups were a big hit with everyone who tried them! Something about the crunch of the hash browns filled with juicy pork made them irresistible. The original recipe called for bacon bits on the top, but we thought it was perfect without. We think they’d be a hit at a Super Bowl party or even a barbecue.

Try them out and let us know what you think. Here is the printable recipe… 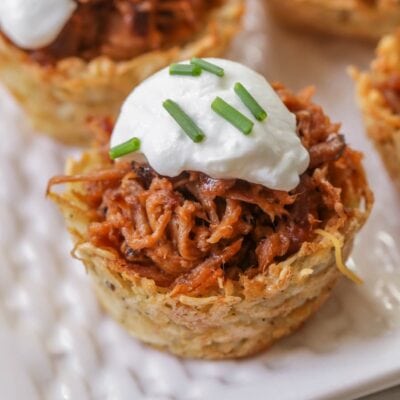 Adapted from Taste of Home. 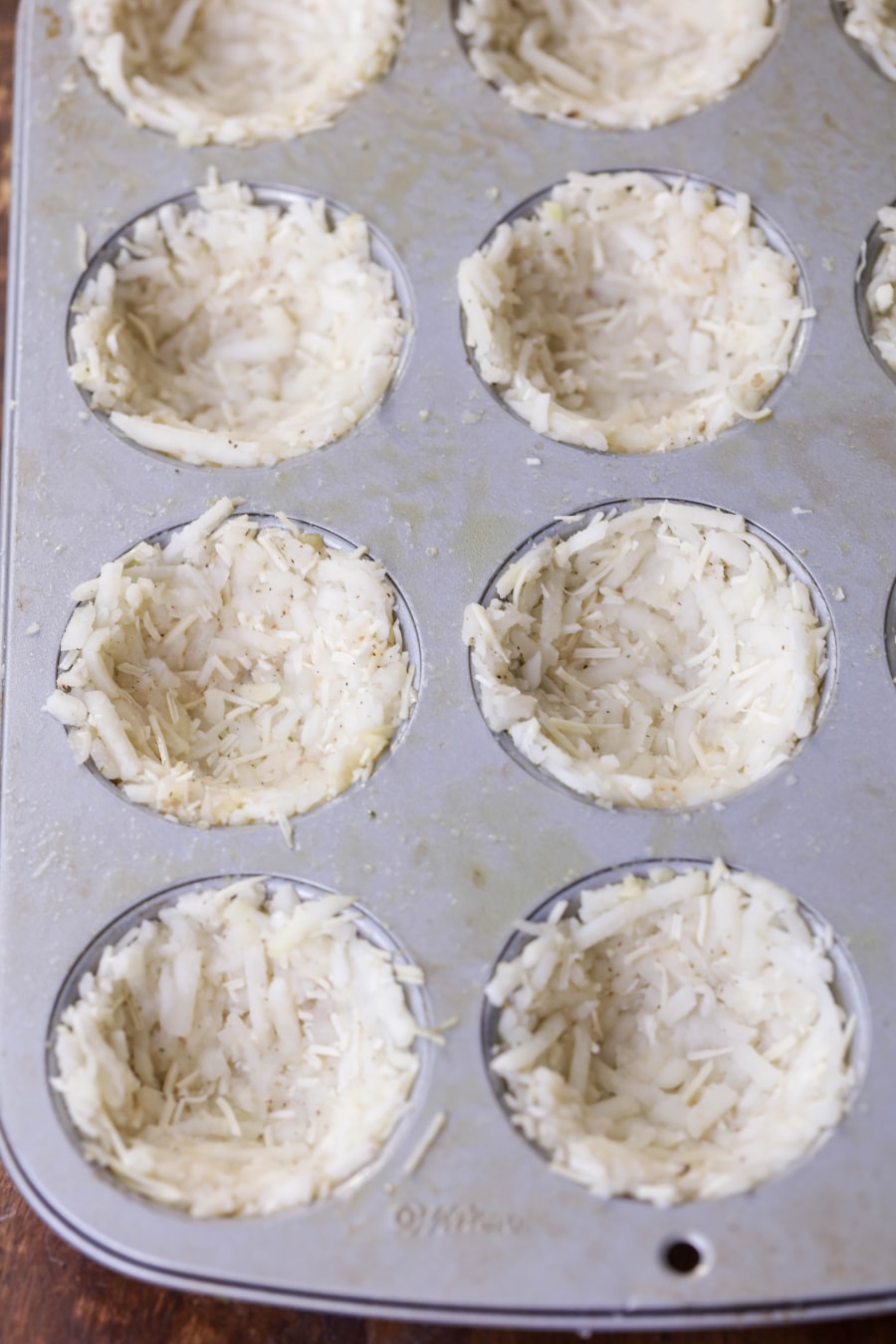 We filled up the cupcake tin with hash browns. 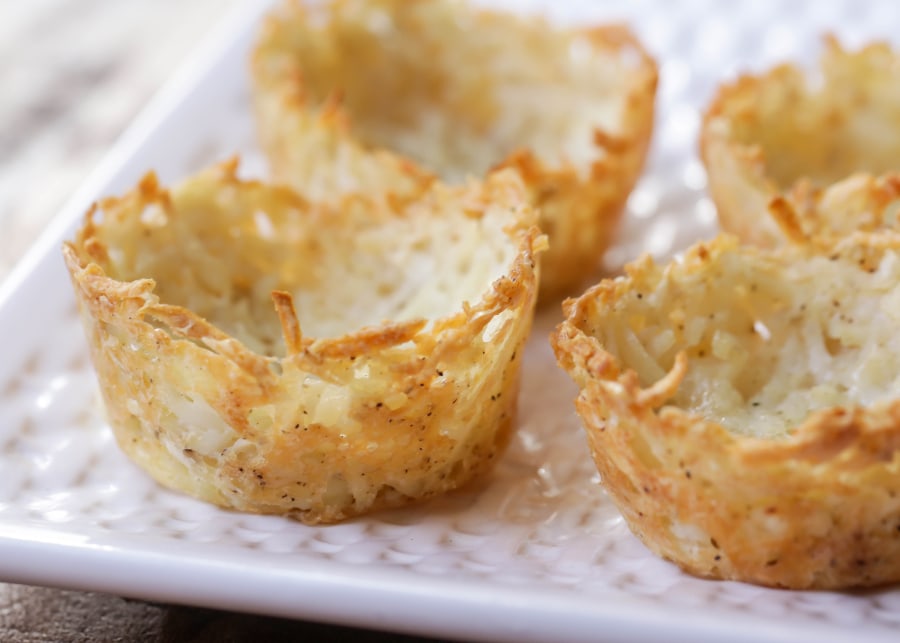 Cooked them until they were crispy. 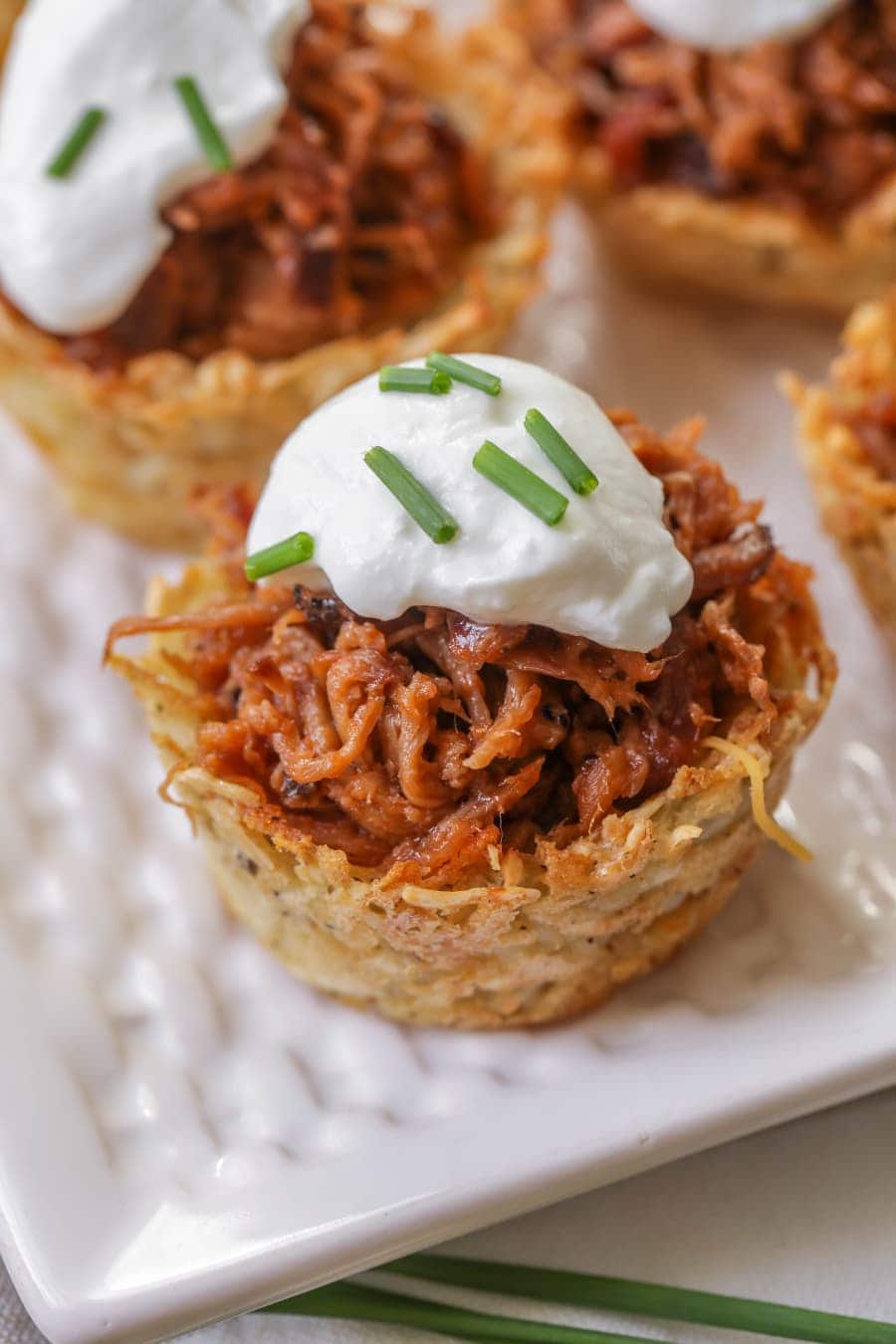 DIFFICULTY: easy
HOW MANY DOES IT FEED: 18
ANY CHANGES MADE: omitted the bacon
ANY SUGGESTIONS FOR NEXT TIME: none

For more delicious recipes like this one, check out these: 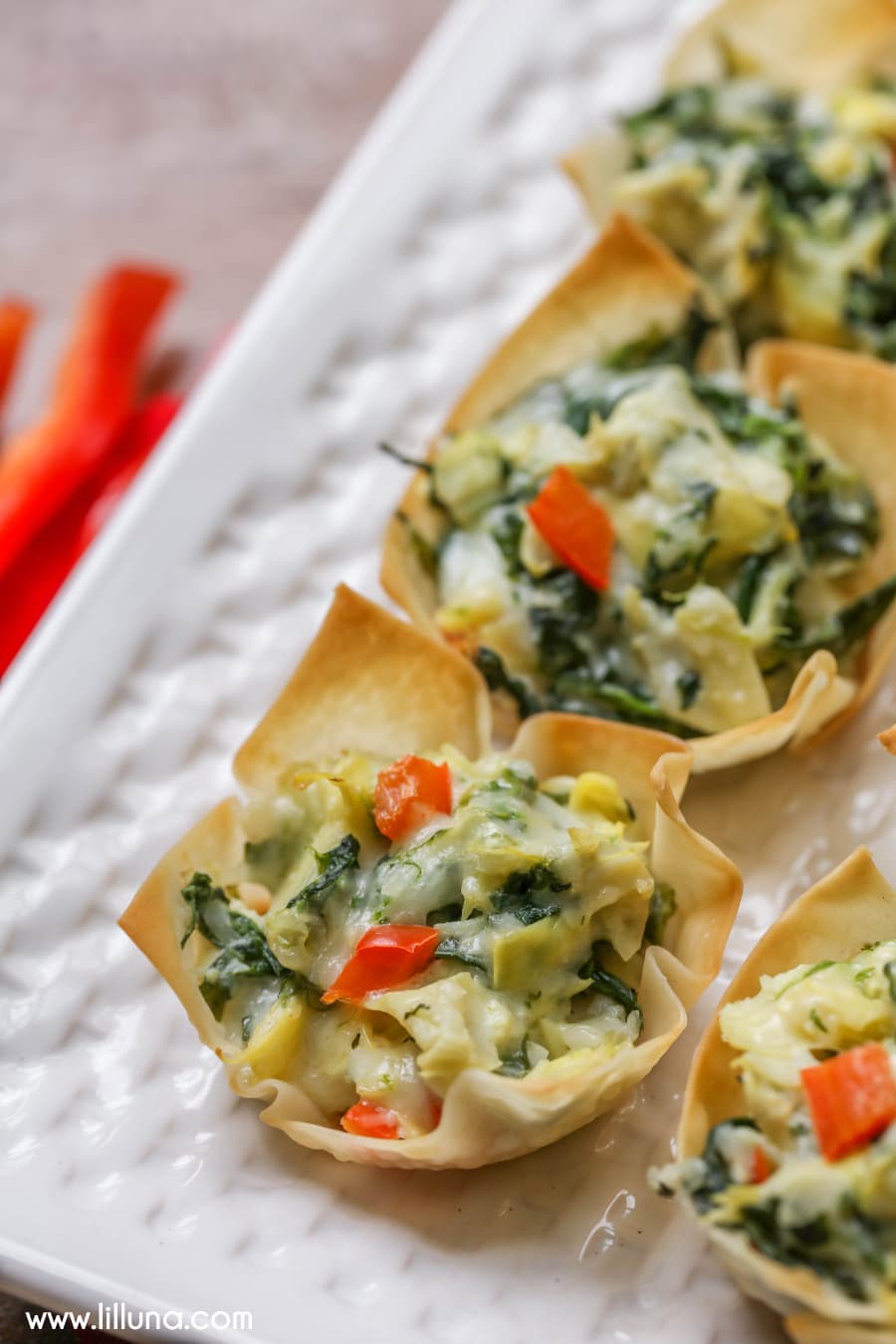 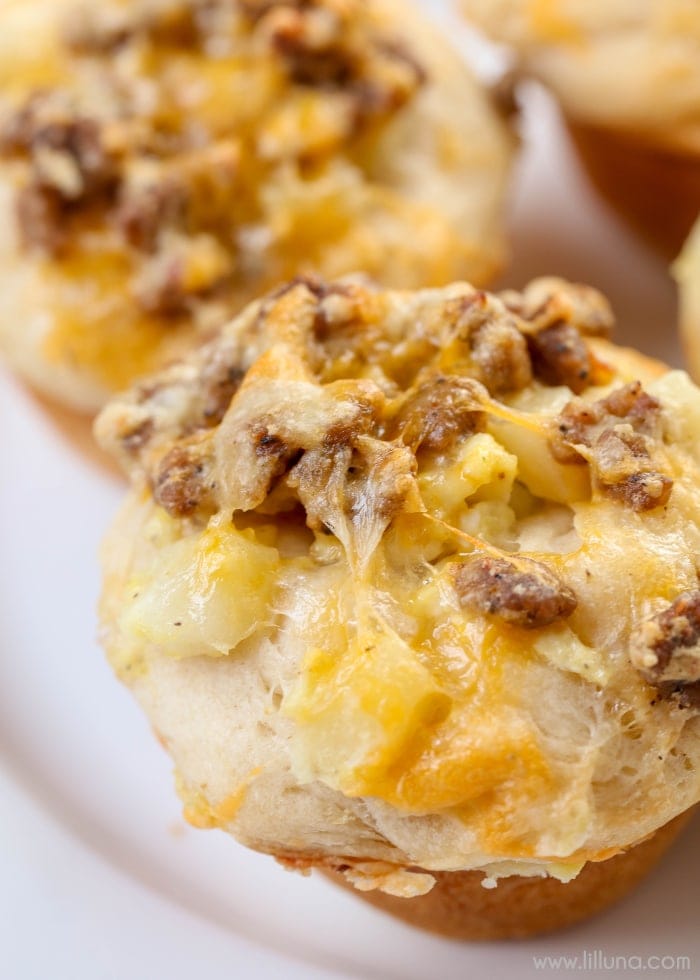 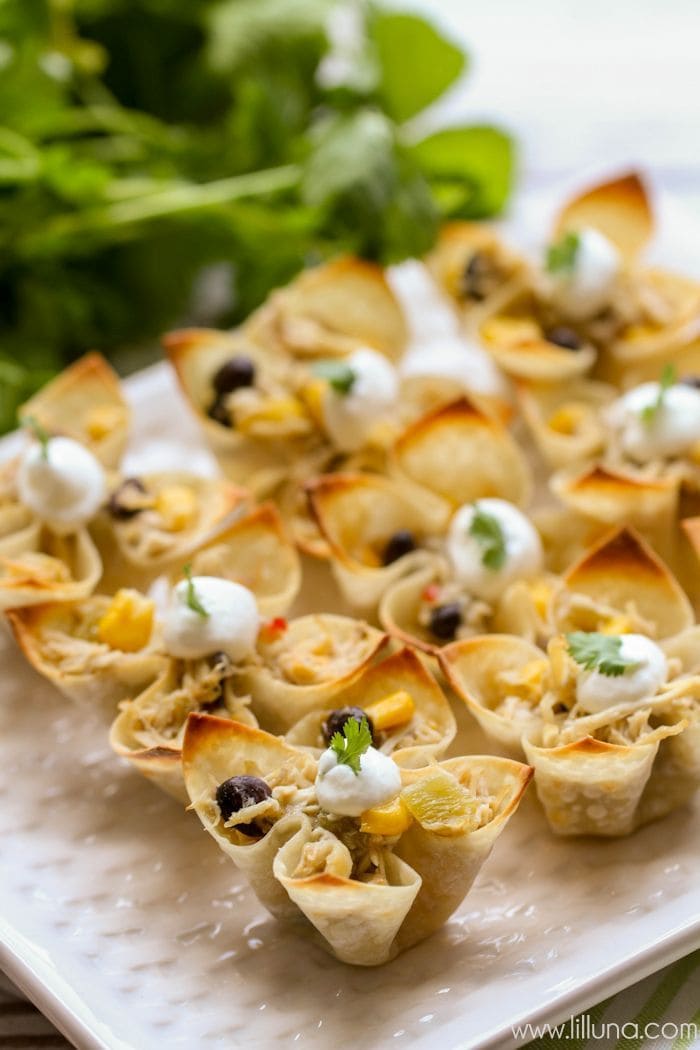 For all Appetizers go HERE.

For all recipes on the site go HERE. 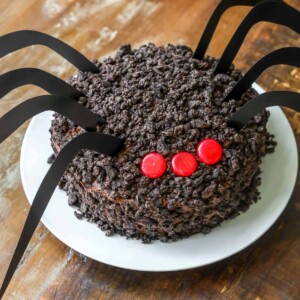 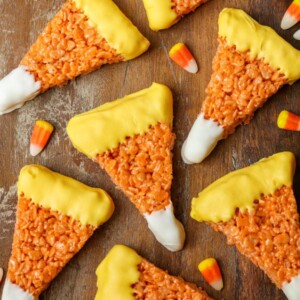 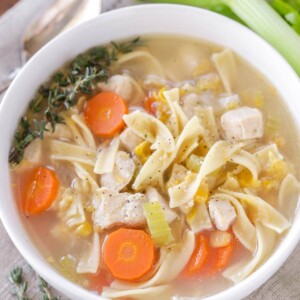 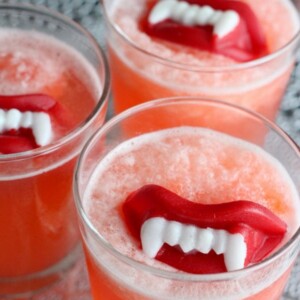 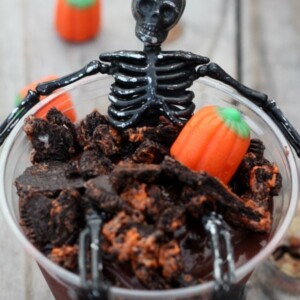 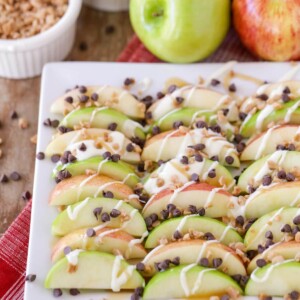