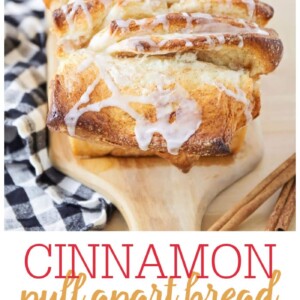 Delicious pieces of homemade bread dough, covered in cinnamon and a yummy glaze! The best part is, this Cinnamon Pull Apart Bread comes together in less than an hour!!

Bread is way more fun to eat when you can pull it apart! If you like this sweet version (inspired by cinnamon rolls), you should try a savory one like our buffalo chicken pull apart bread. 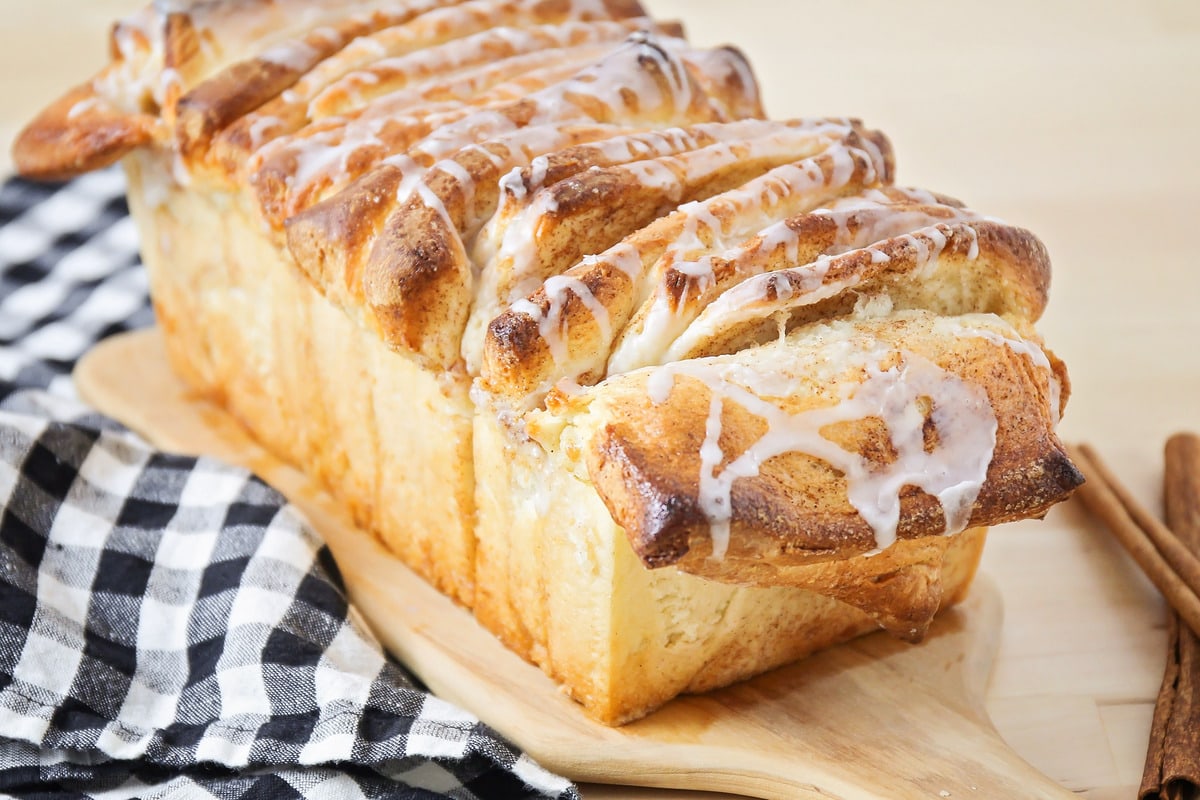 My family LOVES recipes with cinnamon—especially in breakfasts—and they request Cinnamon Rolls frequently. As much as I love cinnamon rolls, I HATE how much prep they require!

This recipe for Cinnamon Pull Apart Bread is like taking cinnamon rolls & smashing them together in a loaf pan. Same flavors, less prep time!

My cinnamon loving family definitely enjoys it, and I love how much easier it is to make! After lots of experimenting, I found the perfect rapid rise method to create this pull apart bread from scratch in just over one hour. 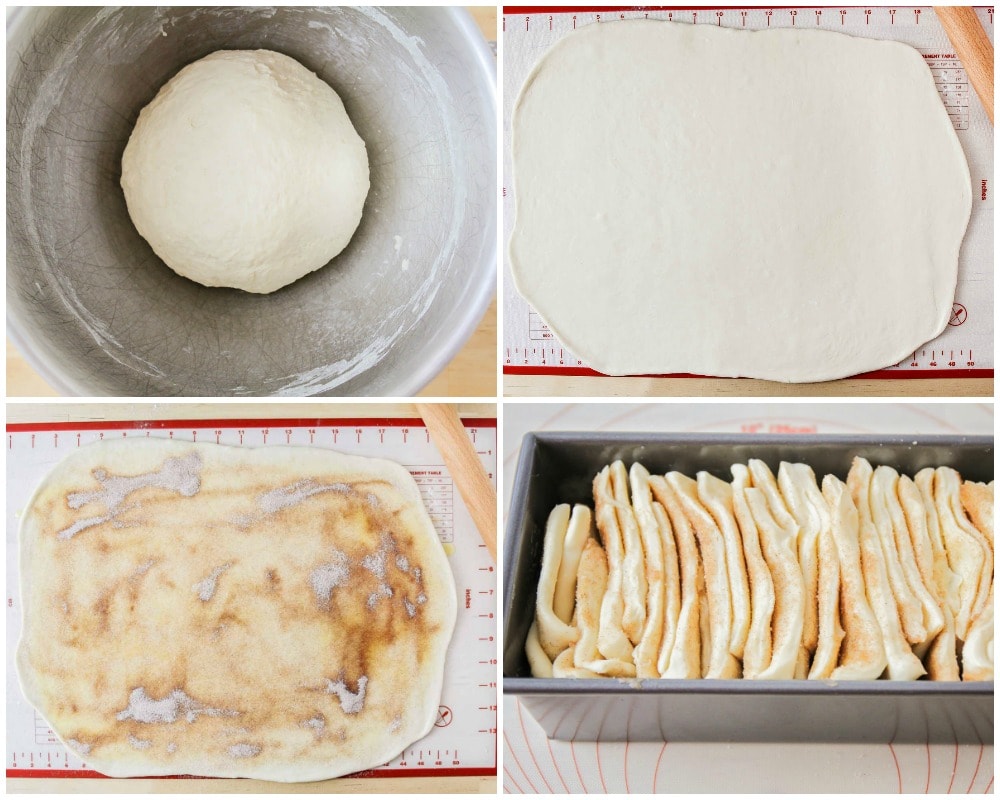 Heat the bowl of wet ingredients in the microwave for about 1 minute or until it reaches 115 degrees (any hotter & you will kill your yeast).

Pour into the dry mixture, and use a dough hook to knead for 3-4 minutes or until smooth & elastic (add more flour if necessary). Cover tightly with plastic & let rest about 5 minutes.

Drop rested dough on lightly floured surface and roll into a large rectangle. Melt butter for filling and brush onto your dough. In a small bowl, combine cinnamon and sugar, then sprinkle evenly over buttered dough.

Cut dough lengthwise into 4 large strips, stack each strip on top of each other, and then cut into squares. Loosely place squares standing on end in a prepared loaf pan.

Note: This bread is supposed to look a bit irregular so don’t worry if the stacks and squares are not exactly the same size.

Sprinkle any remaining cinnamon and sugar you may have over the top. Place in your 180 degree oven, then turn oven off and allow the dough to rise for 20 minutes (don’t open oven door!). Preheat oven to 375 degrees and bake for another 25 -30 minutes.

Remove and allow to cool in pan while you make your glaze. Drizzle over your cooled pull apart bread loaf, serve, and enjoy!

Here are some ideas for extra add-ins and toppings! 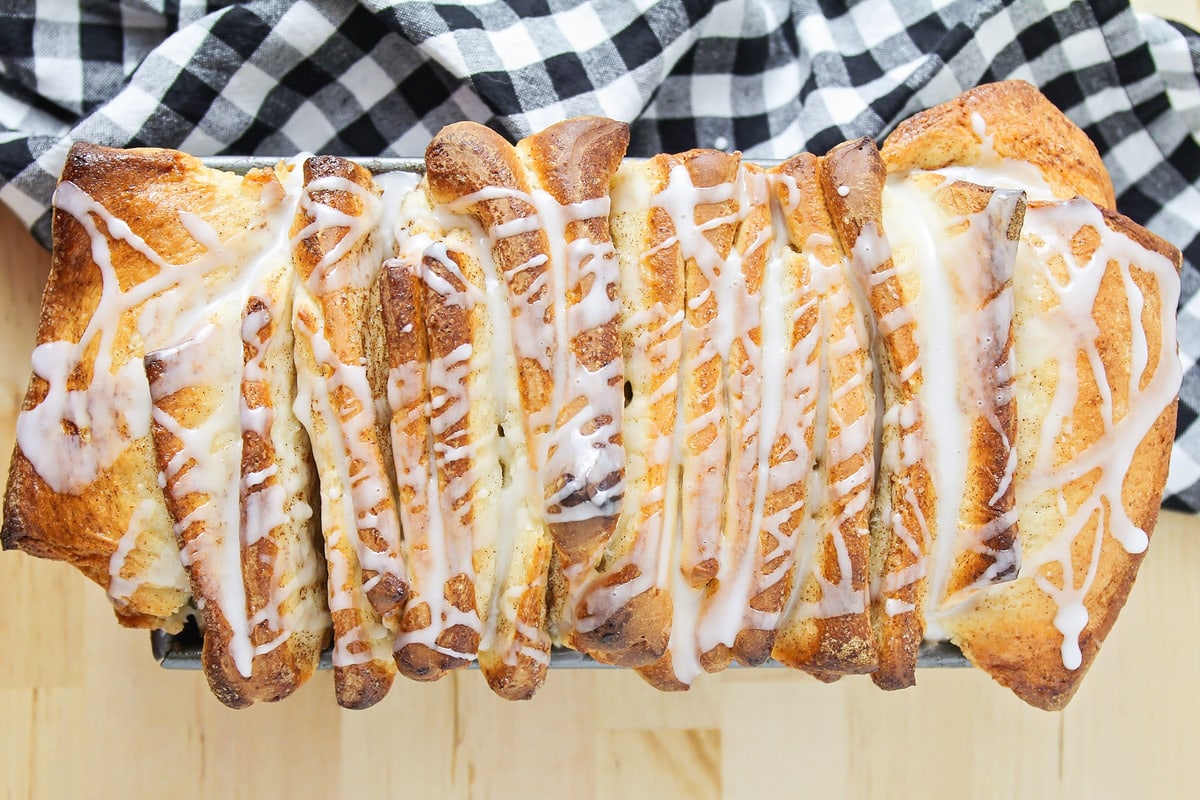 Yeast: Making bread that doesn’t rise is one of the most frustrating things. One of the reasons this happens is because the yeast was too old, not activated correctly, or killed.

To be certain the yeast will work its magic, you can activate it before adding it to the rest of the ingredients.

In a separate bowl add warm water (105-115 degrees F), yeast, and a pinch of white sugar. Let it stand for 5 minutes. The yeast will begin to bubble and become frothy. Add it to the other wet ingredients. And follow the recipe as written.

Storing: Store in an airtight container and keep at room temperature for 2-3 days. Do not refrigerate as the bread will dry out faster.

Freezing: Allow the bread to cool. Wrap the bread with plastic wrap and then again with foil. Label and store in the freezer for 2-3 months. To reheat: allow the bread to thaw and heat in the oven for 10 minutes or so, then add the glaze. 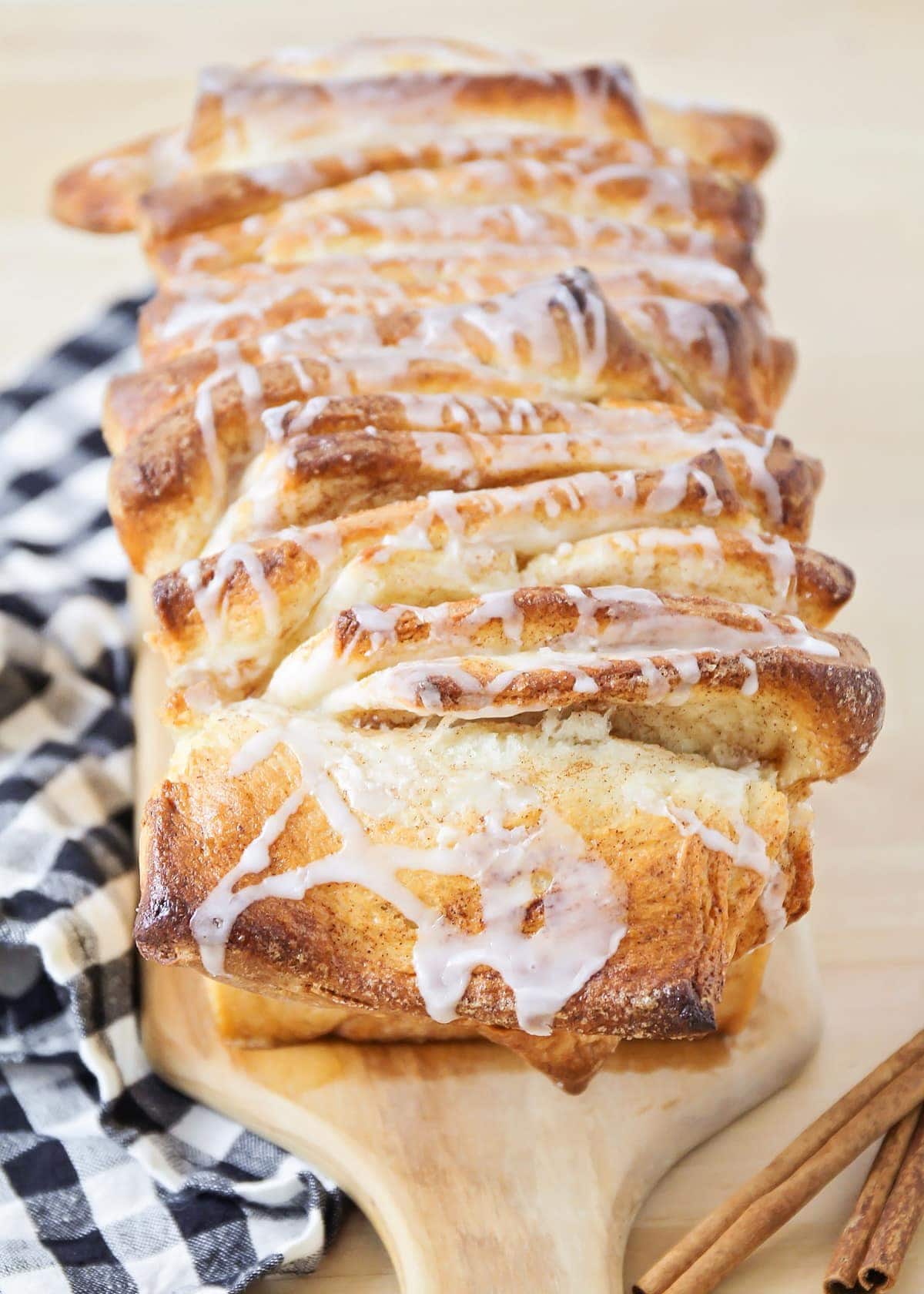 Cinnamon Pull Apart Bread makes the perfect Saturday morning breakfast & certainly beats something store bought. You really have to give it a try! It’s phenomenal! 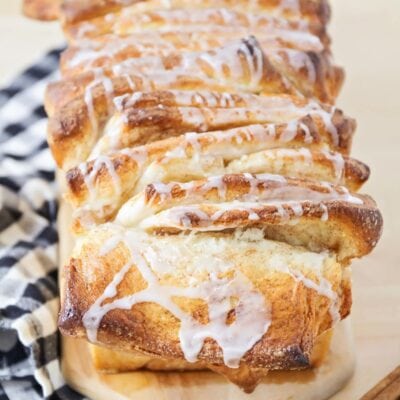 For more great recipes from Gina, head over to Kleinworth & Co. 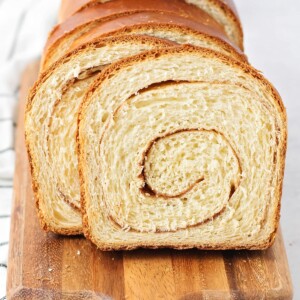 This BEST Cinnamon Bread recipe is so soft and delicious! It will be gone in minutes and will become a family favorite in no time. Cinnamon Bread is packed with… 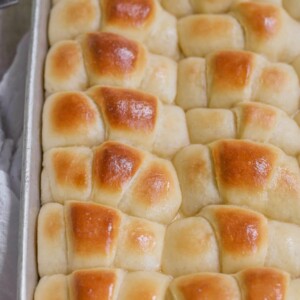 Soft, Butter-y Homemade Dinner Rolls are one of our best-loved recipes. Perfect for holidays, or anytime, it’s so hard to eat just one! Whether it’s for a holiday meal or… 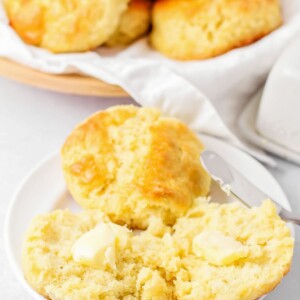 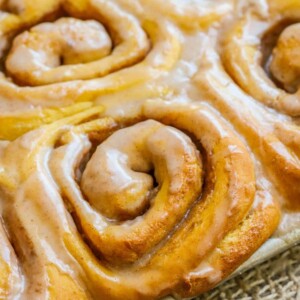 Soft and gooey Pumpkin Cinnamon Rolls are topped with a delicious pumpkin spice glaze. This simple dessert has all the goods! In the fall, it’s fun to make pumpkin variations…