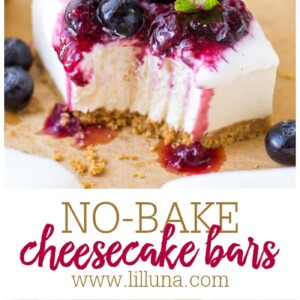 No-Bake Cheesecake Bars are just the right amount of sweet, with a buttery graham cracker crust. Top them however you like—fruit, chocolate sauce, or caramel and sea salt!

These are similar to our No Bake Cheesecake, but made in a different pan and cut into bars. They’re one of our favorite no bake treats in the summertime, and we love topping them with something fruity, like Strawberry Sauce.

Cheesecake, minus the hassle

It’s no secret that our family LOVES cheesecake. But making a traditional cheesecake takes a lot of time, especially in the oven! That’s where these no-bake cheesecake bars come in.

There’s NO baking involved. And none of those complicated springform pans. Everything comes together in the refrigerator & freezer, in a cake pan. Easy peasy!

So on those hot, hot summer days when you’re in dire need of a slice of cheesecake but don’t want to heat up the entire house, break out your hand mixer and make these instead!

How to Make Them

CRUST. The crust is similar to a traditional cheesecake crust, except instead of baking it in the oven just pop it into the freezer while you make the filling. Easy, right?

FILLING. Beat the ingredients together until smooth and creamy, then fold in the whipped cream. Carefully spread it into the chilled crust, then spread the topping over top (which is totally optional by the way).

CHILL. Place the pan in the refrigerator and chill for at least 4 hours before slicing and serving.

Delicious Toppings: The picture shows a delicious blueberry topping, but you can add any topping that you wish, or even eat it plain. Here are some ideas!

I must admit it can be sometimes hard determining why a recipe didn’t turn out as expected. Here are a few common

STORE the cheesecake, covered, in the fridge for up to 5 days.

I don’t recommend FREEZING the cheesecake until after it has set in the fridge for several hours. Once the cake has set, you can wrap it in plastic wrap and again in foil. It will keep for up to 3 months in the freezer.

For more no bake treats, check out: 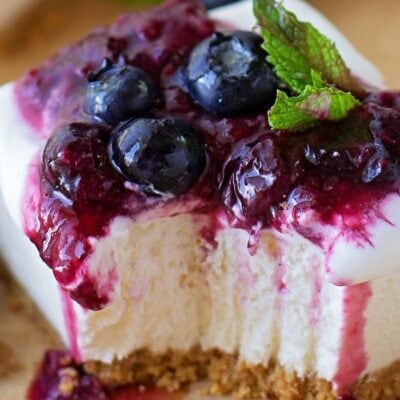 These look DIVINE. I’m a huge fan of no-bake recipes during the summer. And I love that these can be topped so many different ways!! Thanks for sharing with us Natalie! Head on over to Life Made Simple to see more of her delicious recipes!! 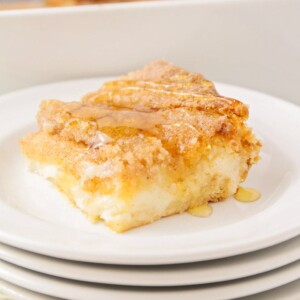 This decadent dessert is inspired by the Mexican treat—sopapillas! All of the flavors of fried dough and creamy cheesecake combine to make these decadent Sopapilla Cheesecake Bars. I love combining… 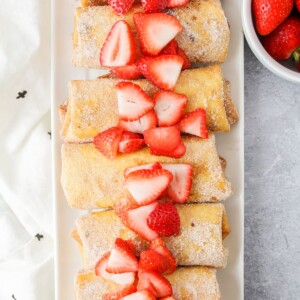 Crispy on the outside, with a sweet + tangy filling, this Cheesecake Chimichanga bakes up in minutes for a perfectly satisfying treat! We took our classic Bean Chimis and made… 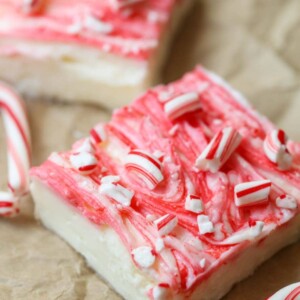 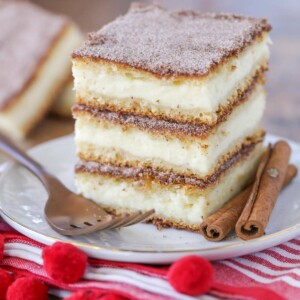