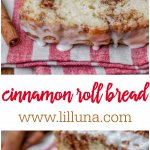 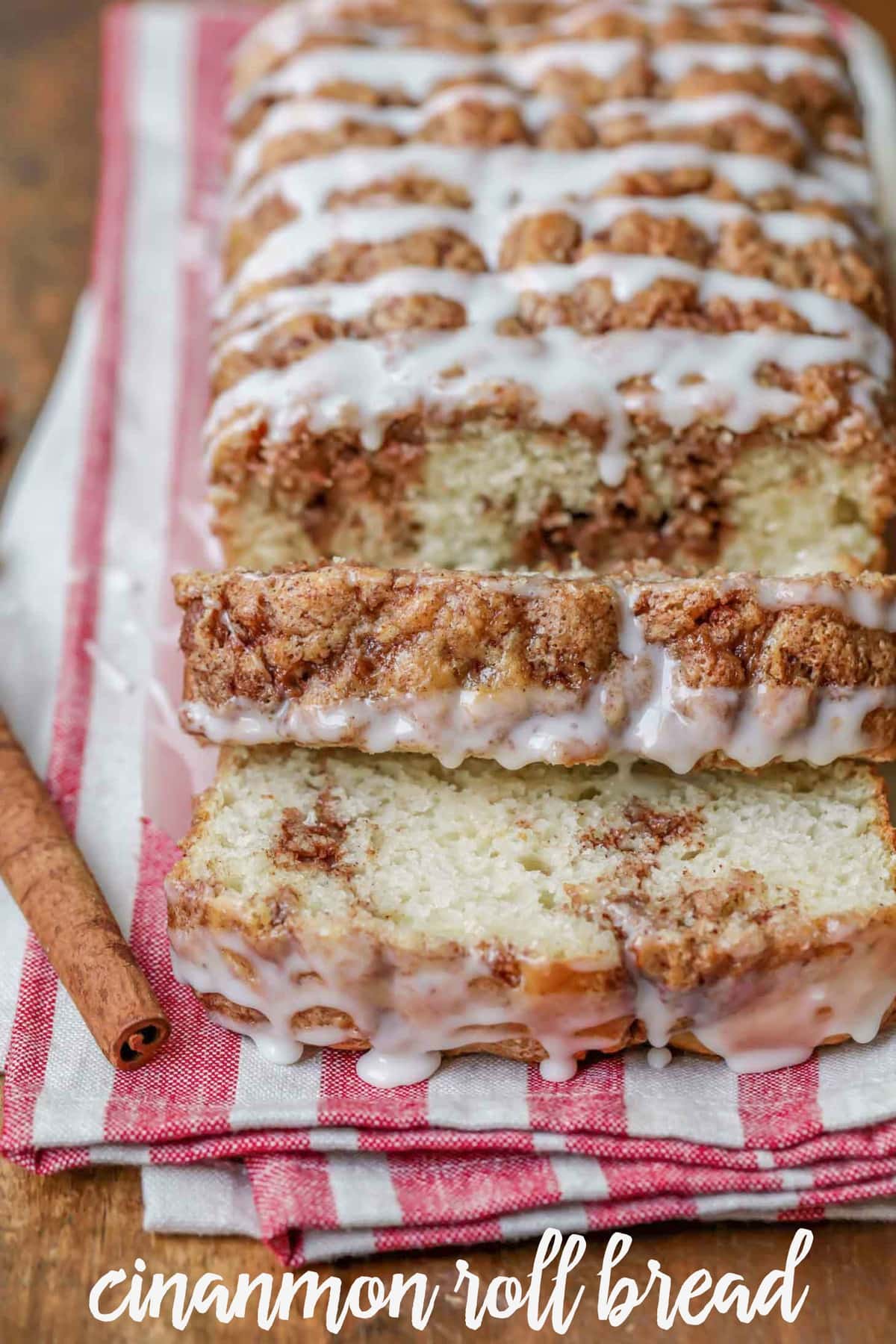 You guys know that we are always up for trying out new bread recipes, especially if they don’t involve yeast (yes, it still makes me a bit nervous). When we saw a recipe for Cinnamon Bread (aka Cinnamon Roll Bread), we knew we had to give it a go. We’ve made Cinnamon Bread for years, but it’s one of those recipes that no one other than my mom has really been able to master. When it comes to making it really soft, filled with cinnamon and sugar, she has it down to an art.

Fortunately, this Cinnamon Roll Bread is a bit easier and has much of the same flavor as the cinnamon bread but with some of the cinnamon roll factors (like glaze) that everyone loves. 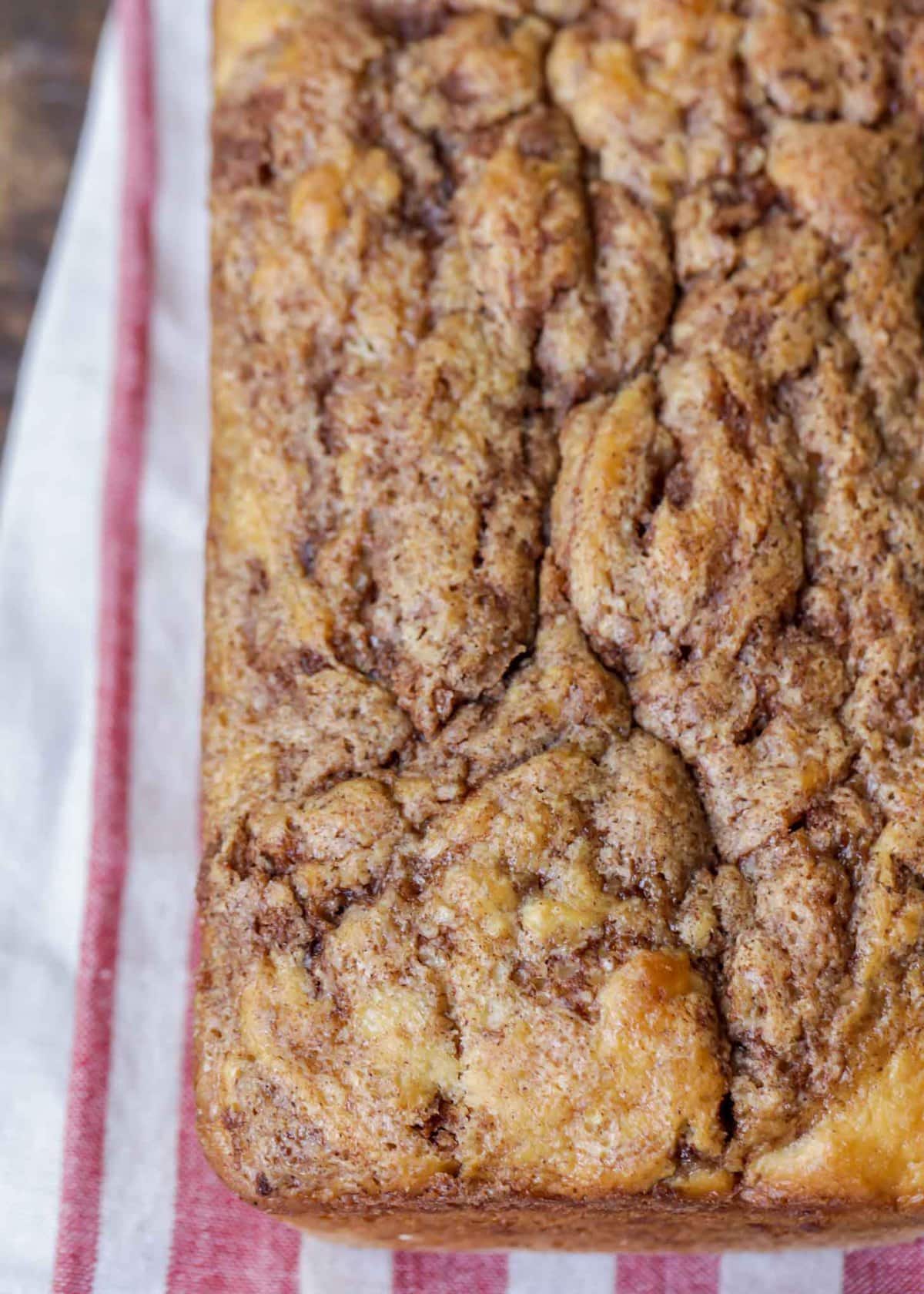 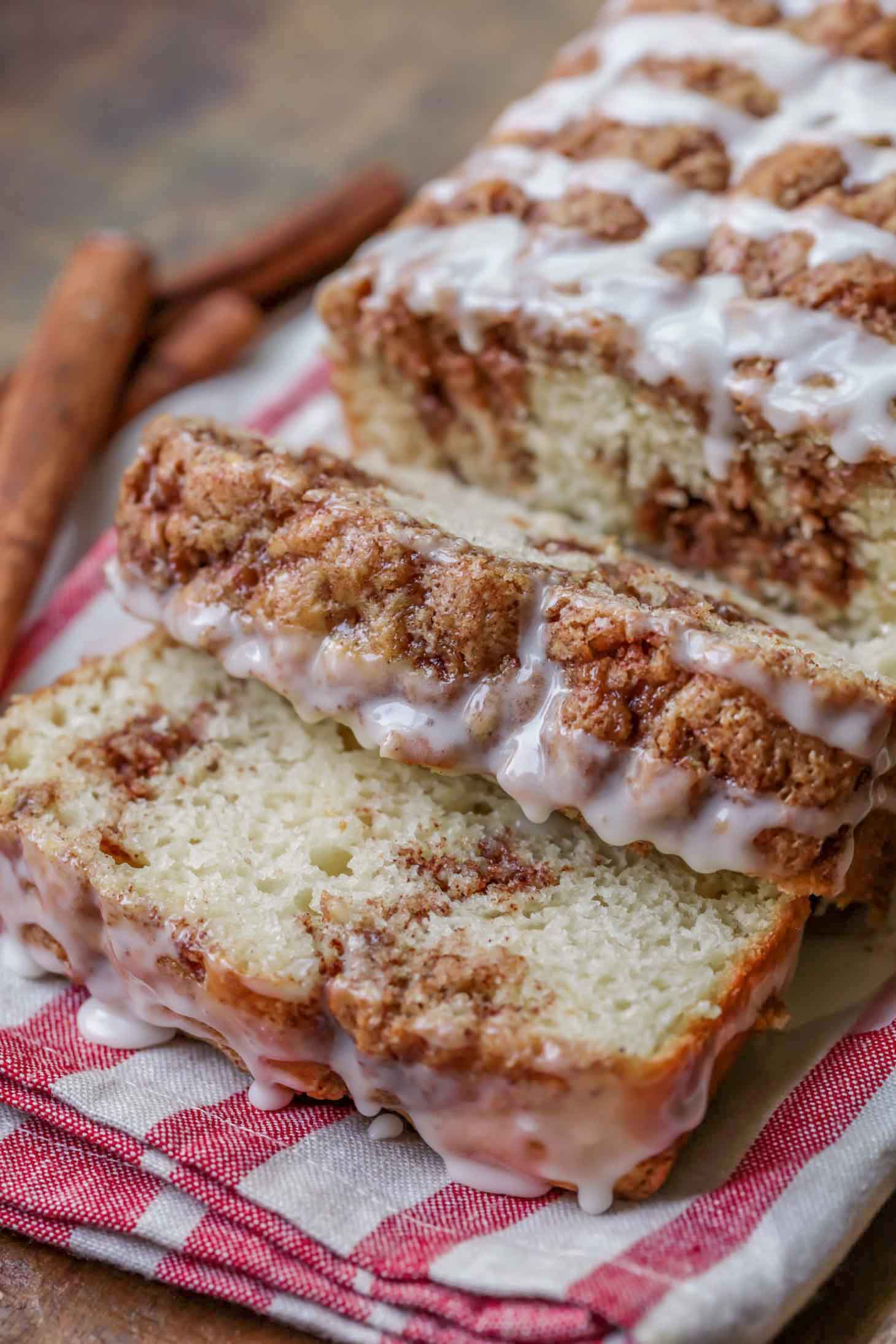 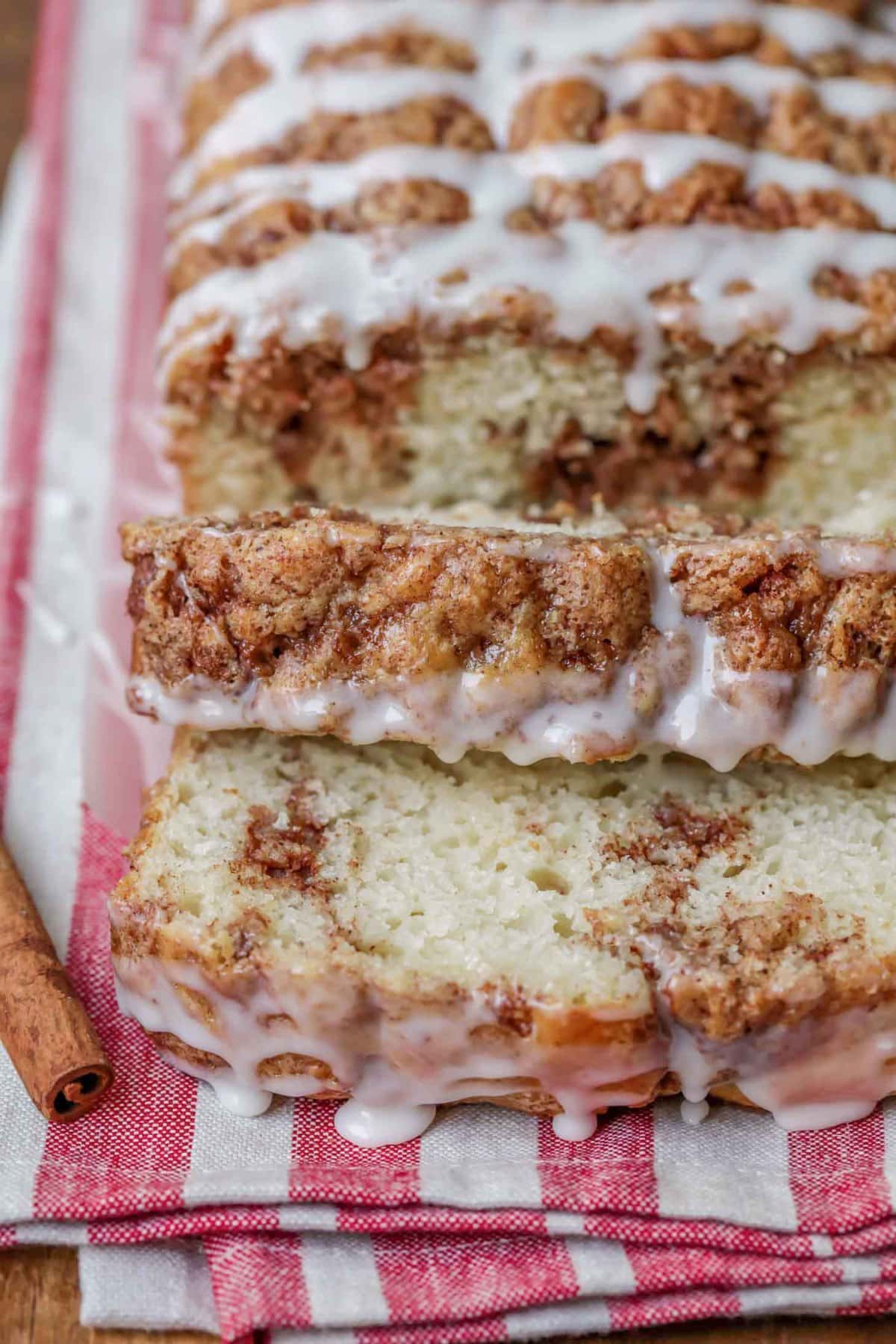 When you have a delicious, quick bread recipe that has a delicious brown sugar filling and topping and then it’s drizzled with a delicious glaze, you really got to give it a try. We changed up a few things by giving it even more cinnamon flavor, but we think you’ll love this bread recipe like we did. 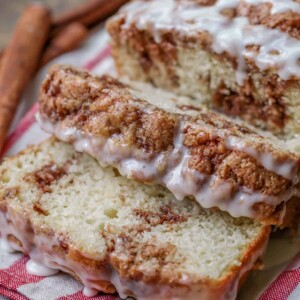 For another great quick bread recipe, check out: 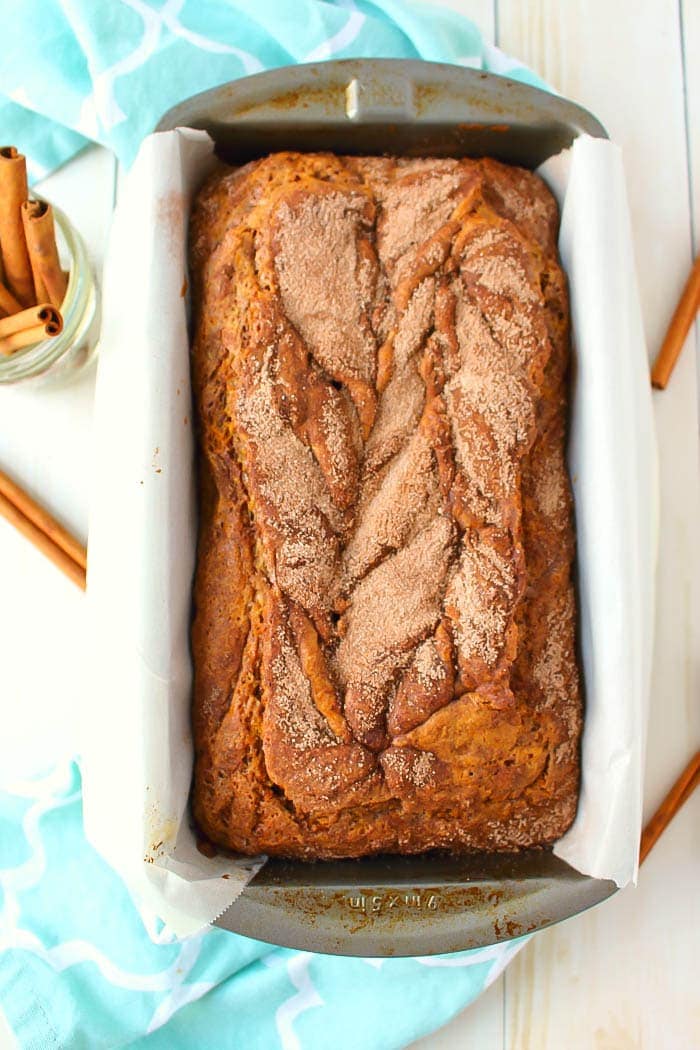 And for even more recipes, check out: 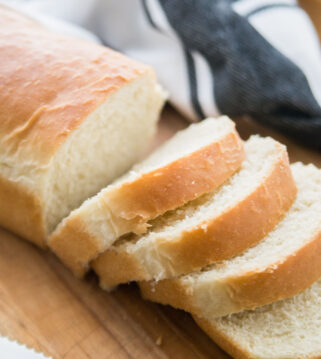