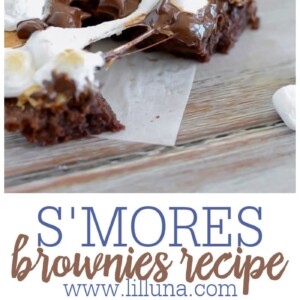 Cookie Dough Brownies and Mini Smores Pies are perfect for any s’mores lovers, along with these decadent S’mores Brownies! They are ooey gooey and so addicitng. 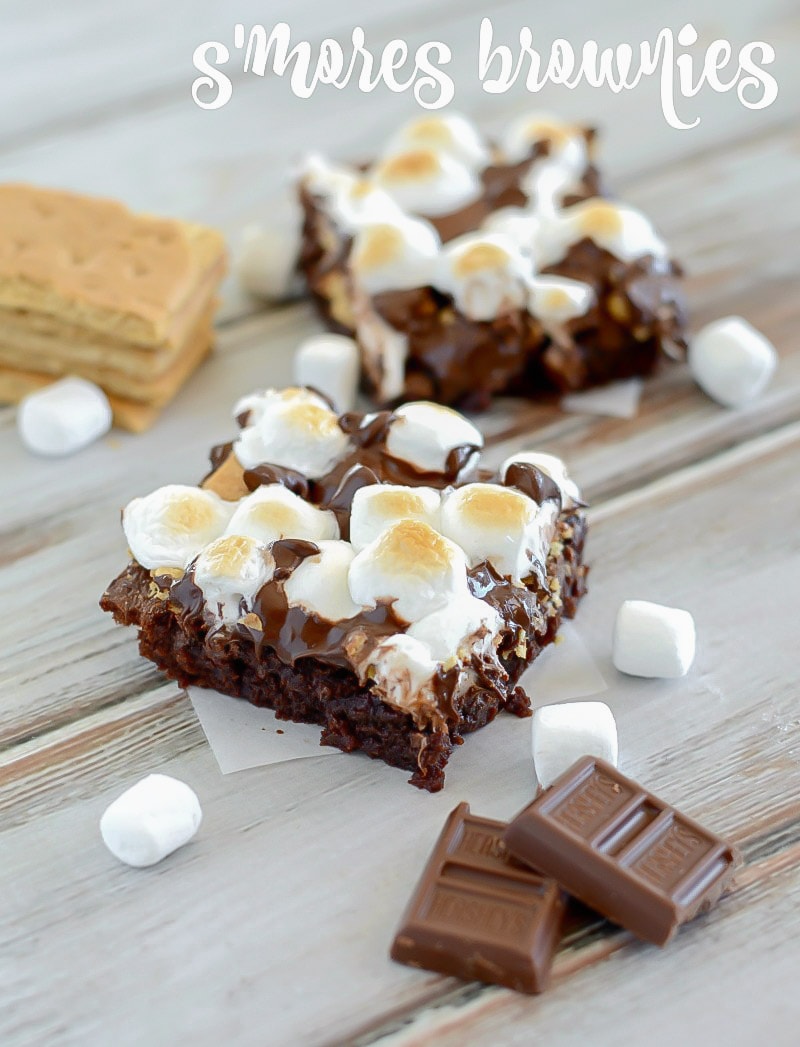 S’mores without the fire

If you love campfire s’mores, but not the hassle of making a fire, I have the perfect treat for you. . . Smores Brownies! These brownies are ooey, gooey, and just tasty as the s’mores you make around the fire. In fact, we liked them even better.

Melted chocolate, toasty marshmallows, and graham crackers on top of a fudgy brownie. It doesn’t get much better than that.

Not only are these brownies absolutely decadent and irresistible, they are super simple to make. Just bake up a batch of regular brownies. I used my favorite brownie recipe for the base, but you could even use a boxed mix. Either way, these decadent treats are going to be a hit. And unlike s’mores around the fire, you can make these any time of year! 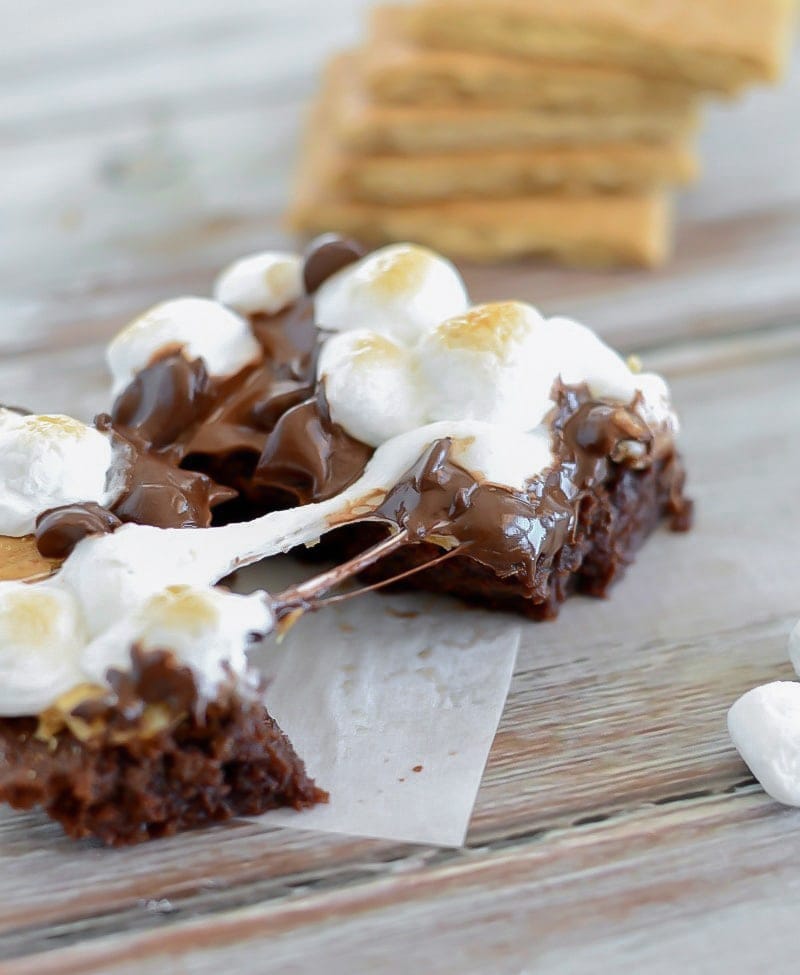 how to make s’mores brownies

PREP. Preheat the oven to 350 degrees.

MIX. Whisk together melted butter, sugar, and cocoa till smooth. Add eggs and vanilla and whisk till blended. Stir in flour and salt.

BAKE. Spread batter in a 9×13″ pan that has been lined with foil or parchment paper and sprayed with non-stick spray. Bake at 350 ° for 30-35 minutes or until toothpick comes out clean.

TOPPINGS. Remove from oven and immediately sprinkle with chopped Hershey bars, graham cracker pieces, marshmallows, and chocolate chips. Return to oven and broil for 2-3 minutes or till marshmallows are toasted and chocolate is melted. 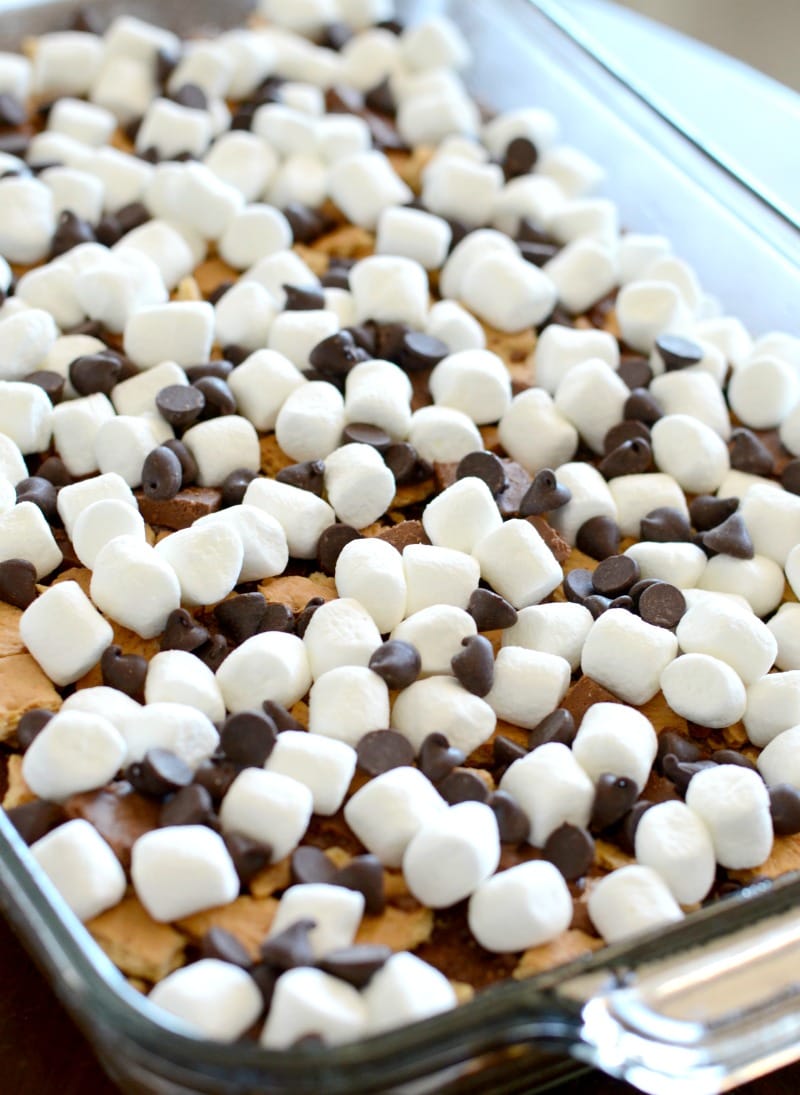 Chewy or cakey brownies: It is all personal, but for this recipe you may want to go more cakey, just so the brownies can hold up better with the weight of the chocolate and graham crackers on top. If you prefer chewier brownies that would also be great.

Layering matters: In this recipe it’s important that you place the Hershey chocolate pieces on before you add the Graham Crackers and marshmallow. The melted chocolate acts as a glue holding the other two ingredients on. If you add the graham crackers first, then the s’mores topping will not hold to the bottom brownie layer.

Cutting: The marshmallows are pretty sticky making these a bit tricky to cut. One tip that helps is to spray your knife with cooking oil.

Jumbo marshmallows: If you just have big marshmallows, cut them in quarters and layer them over the brownies and graham crackers. Also, no matter the size of the marshmallows make sure that they aren’t old for best results.

How to broil: When you broil something you choose the broil setting on your oven and allow the heat to only come from the top of the oven to toast the marshmallows. 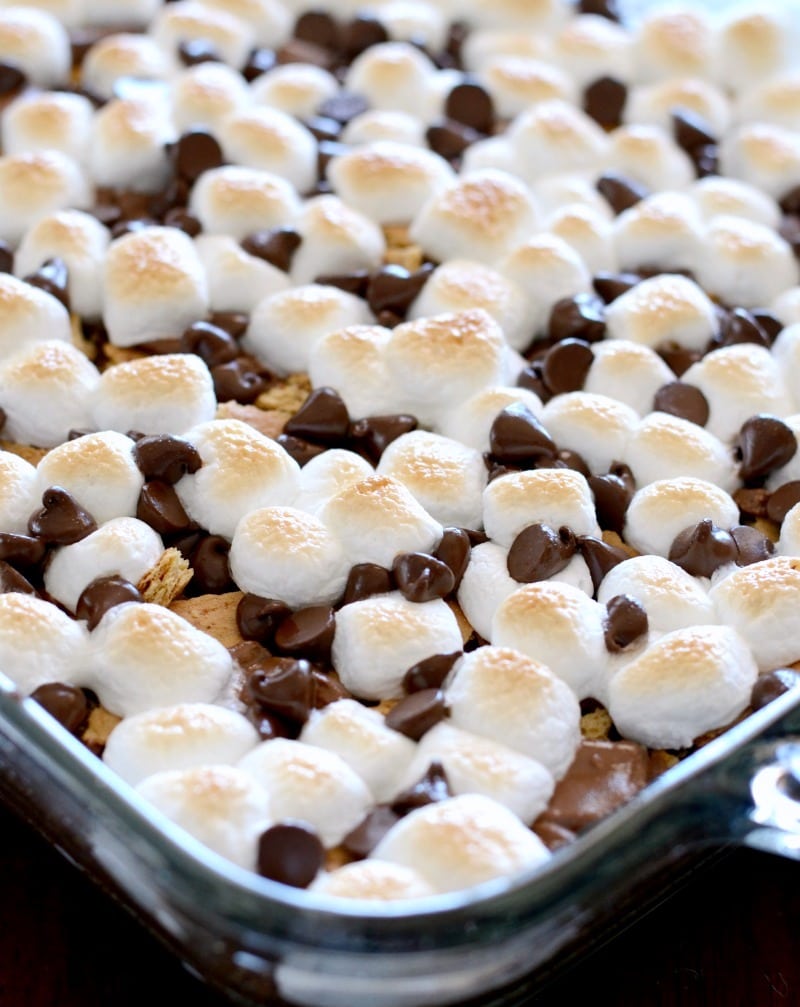 STORE the S’mores Brownies in an airtight container at room temperature. Reheat them for a few seconds in the microwave. 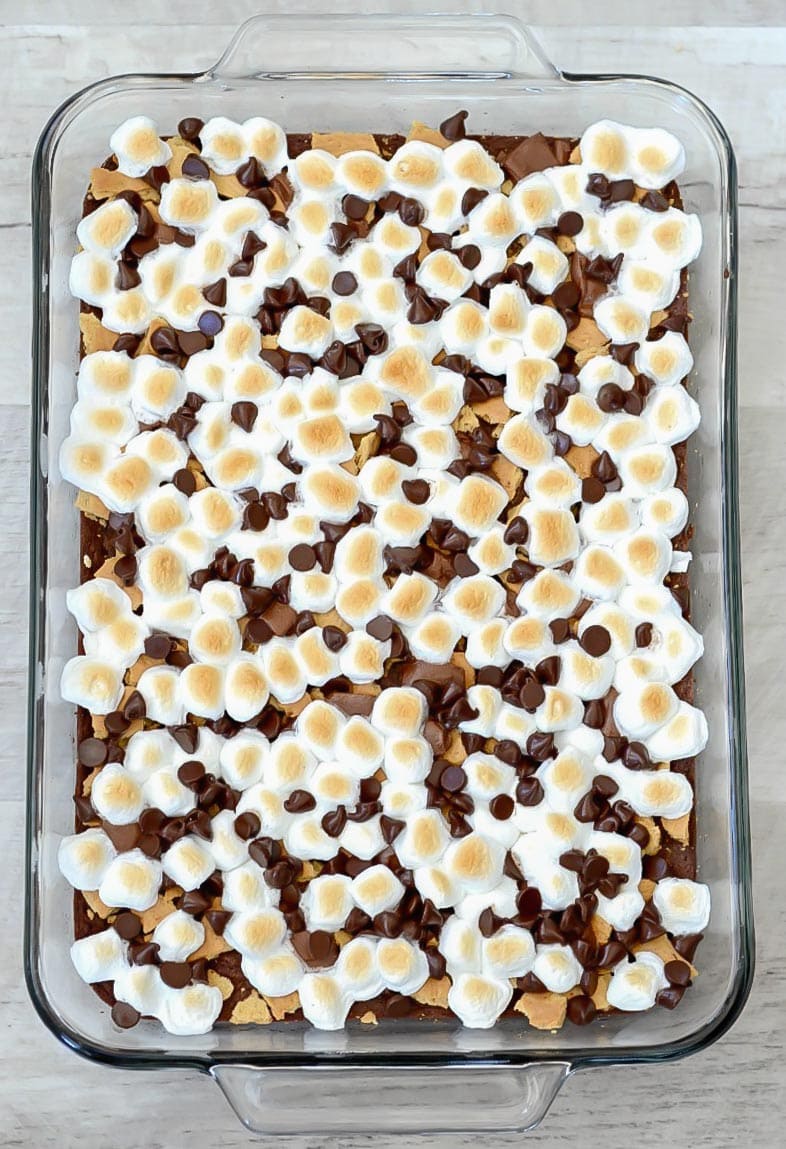 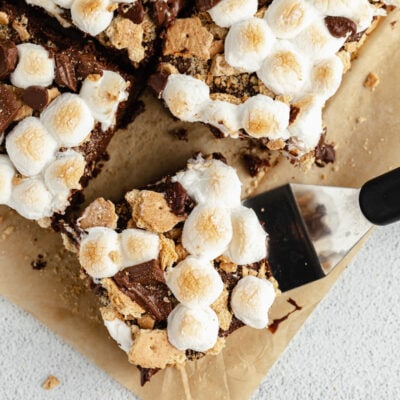 I can’t wait to try these, Kara!! Thanks so much for sharing! For more great recipes from Kara, head over to Creations by Kara. 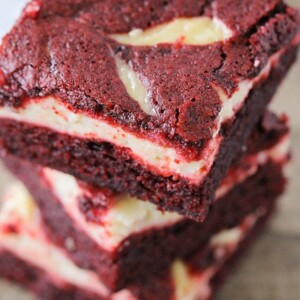 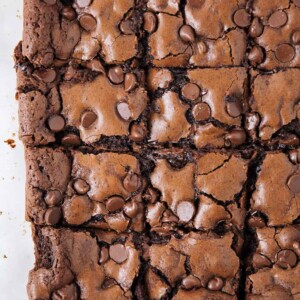 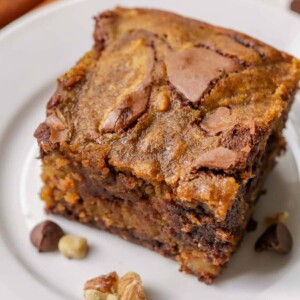 These are the yummiest chocolate Pumpkin Brownies you will ever taste! They are sure to satisfy anyone’s pumpkin addiction. Pumpkin pie, pumpkin cookies, and now Pumpkin BROWNIES! They’re thick, chewy,… 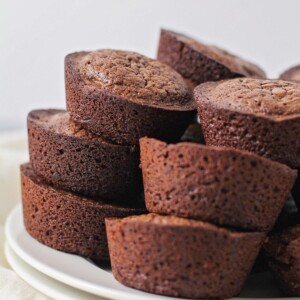