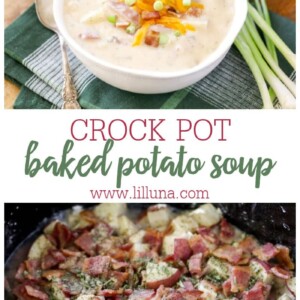 Creamy and delicious Crockpot Baked Potato Soup is so full of flavor and EASY too! This delicious potato soup recipe is a hearty family favorite.

Potato soups are some of my favorite soup recipes. They’re perfectly hearty, and there are so many varieties – like our cheesy potato soup, loaded broccoli version, or ham and potato soup!

Soup recipes are my favorite, but ones made in the Slow Cooker are even better!!

We’ve made it twice in the last month which goes to show it was DELICIOUS!! I think you’ll agree—especially if you love potatoes, bacon and cheese (how could you not love those ingredients, right?!).

The ingredients are so simple, but the soup isn’t plain at all! In fact, it’s BURSTING with flavor! It’s the perfect comfort food for cold fall and winter days.

Throw it in the Slow Cooker!

This recipe is super easy to make! You throw most of the ingredients into your crockpot, let it do its thing for 4 hours, toss in the remaining ingredients, and ta-da!

SEASON + SERVE. After 4 hours, add half n half, and cheese and stir the mixture well. Cook an additional 15 minutes. Serve warm.

TIP: To make this soup even more creamy, use a fork, potato masher, or pastry cutter to mash up some of the potatoes until it reaches your desired consistency. If you want it extra creamy with no chunks, you can also use an immersion blender.

You can top this soup just like you would a baked potato! Try some of the following:

Substitute half & half: If you don’t have half n half you can easily make your own. Try one of the following combinations

How to freeze? To FREEZE leftovers, allow the soup to cool and store in an airtight freezer safe container for up to 6 months. Due to the potatoes and the cream it may unthaw with a grainier texture than the original soup. To help remedy this, undercook the potatoes before freezing.

How to store? Store leftover soup in the fridge for up to 4 days. REHEAT very gradually over low heat stirring frequently. A double broiler works great as does a crockpot or a large non stick skillet. Add a bit of fresh cream to help revive it.

What to serve with it? The side dish options are endless for this delicious slow cooker potato soup. Here are a few ideas:

For more potato soups, check out: 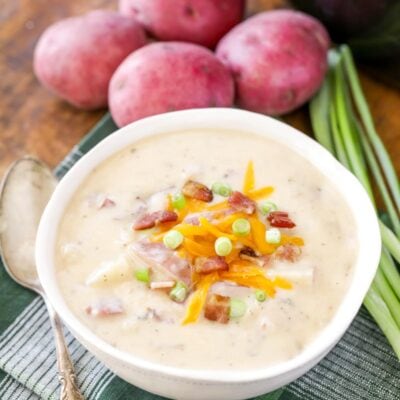 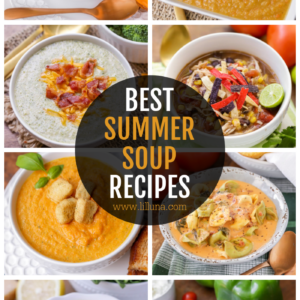 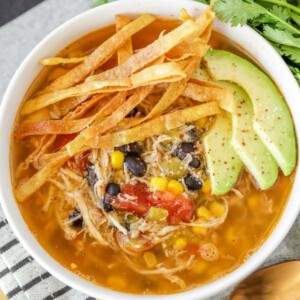 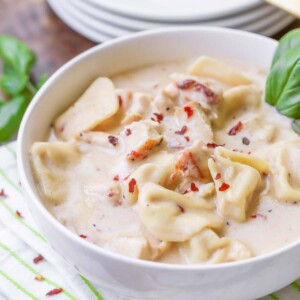 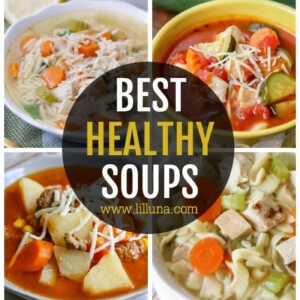