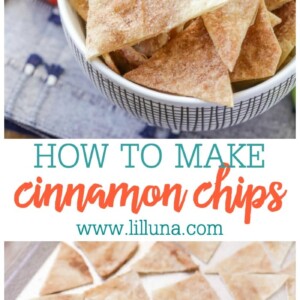 The perfect baked snack to dip in sweet desserts, frosting, salsas and more! Super easy to make a bunch, and serve with your favorite dessert dip!

You make crave classic Chips and Salsa, but this sweet version is great to serve with any meal or even as a treat after your favorite Mexican meal. 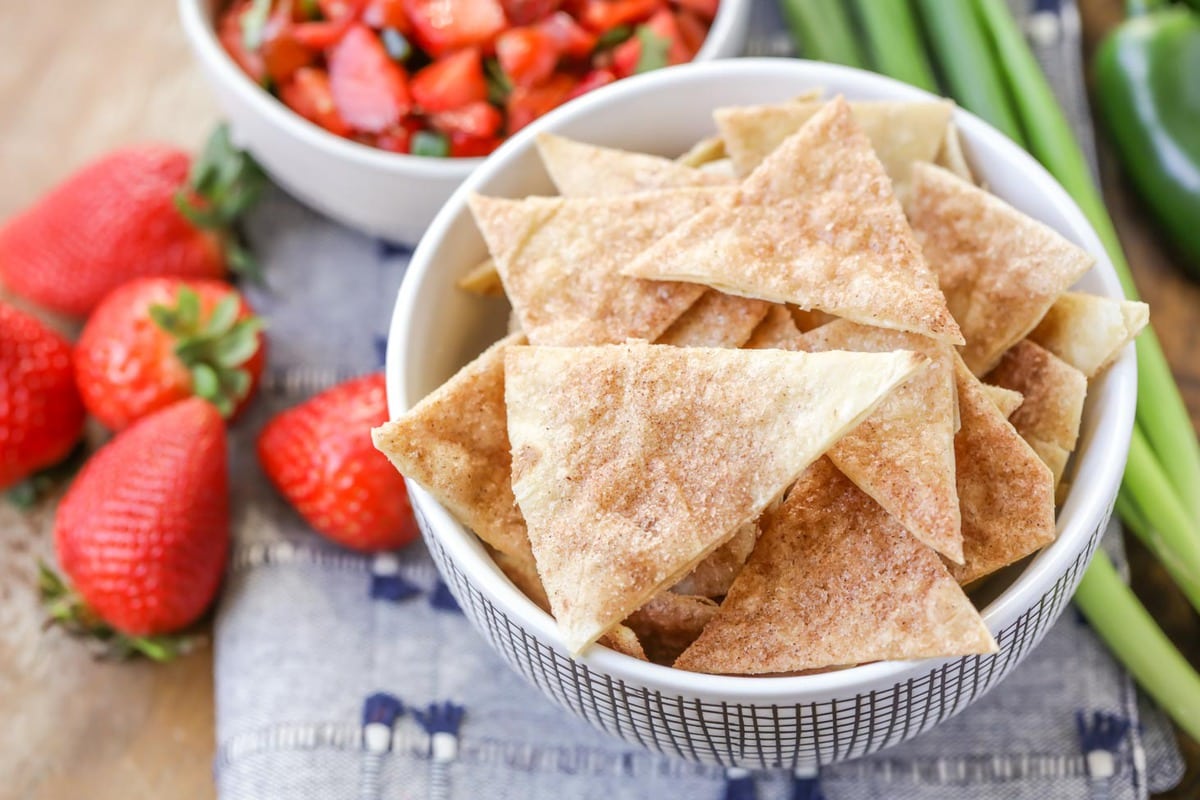 I love a good crunchy snack and these cinnamon tortilla chips are my go-to for dessert dips. You can use them with frostings, sweet dips, melted chocolate, fruit salsas, and more! Such a tasty alternative to regular tortilla chips.

You can make these sweet cinnamon chips in less than 15 minutes. It’s the most simple recipe in the world. Your kids can even help! They will love sprinkling the cinnamon sugar mixture on top of the tortillas and cutting them into triangles. Educational and fun!

How to make Cinnamon Chips

Get ready for your house to smell amazing when these cinnamon chips go in the oven. I love the smell of butter cooking with cinnamon and sugar. YUM!

CUT & BAKE. Preheat your oven to 350°. While the oven is preheating, cut each cinnamon and sugar coated tortilla into 8 wedges. Then cut off the tip and cut 3 more triangles from the top of the tortilla (see pictures above for an example).

Place the cut chips in one layer on an ungreased baking sheet. Bake them in the oven for 8-10 minutes until crispy. 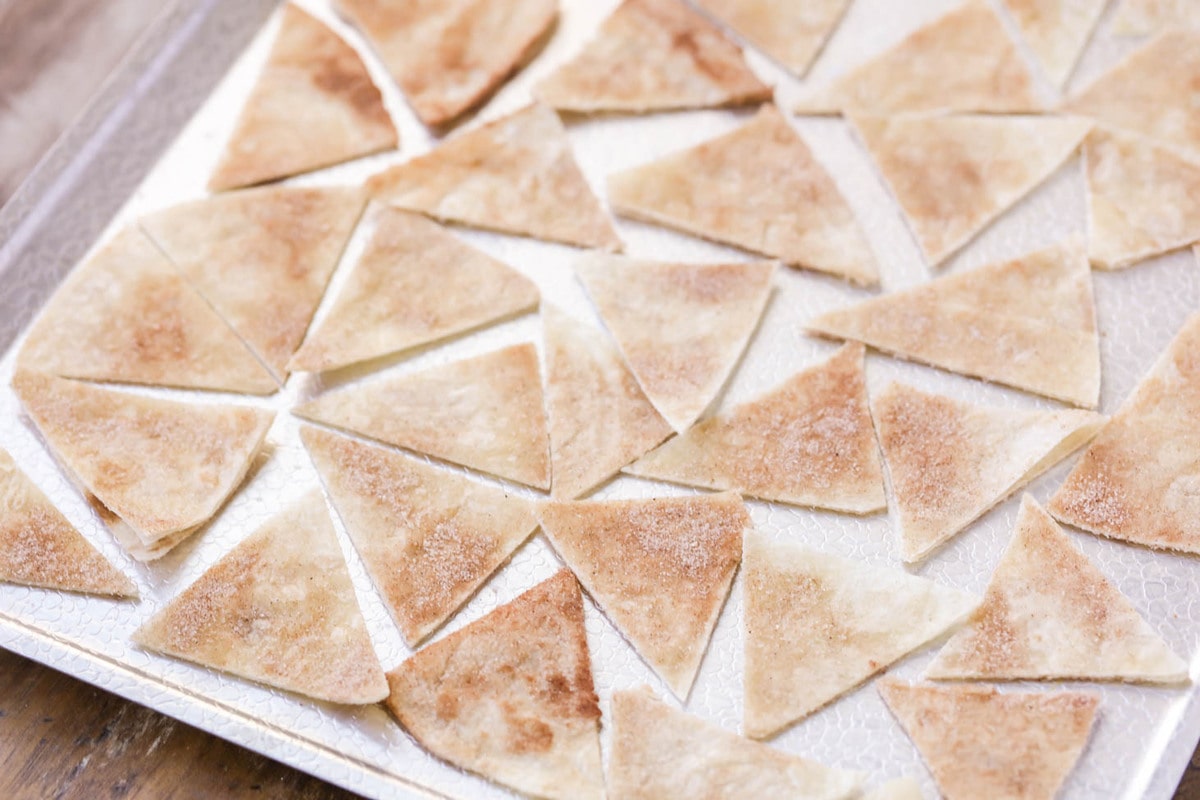 How to store cinnamon sugar tortilla chips? Store your cinnamon chips in an airtight container at room temperature. Make sure it’s airtight so they hold their crunch and don’t get stale. If they are store properly, they should last for a couple of weeks.

What to serve with? There are loads of dips that go great with these chips and although we prefer the fruit salsas, these other dips work well too.

Fruit salsa and cinnamon chips are one of my favorite combinations. I know it sounds a little different, but you’ll have to give it a try and tell me what you think! 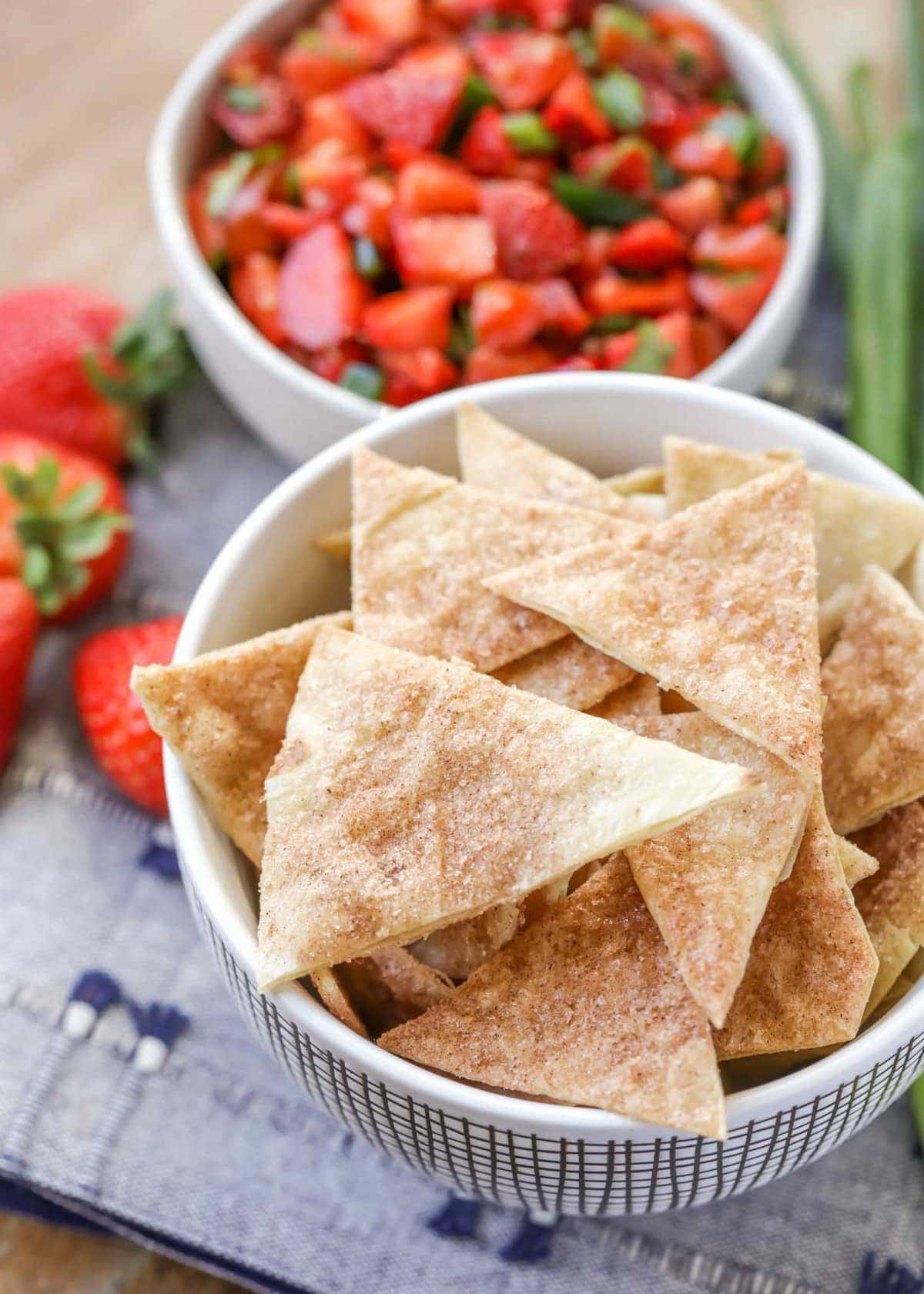 If you have not tried these chips before, please do!! We know it’s hard to beat a classic tortilla chip, but these sweet treats are perfect for any party or snack. And because they’re so simple, you’ll want to make them all the time!

For more yummy snacks, check out: 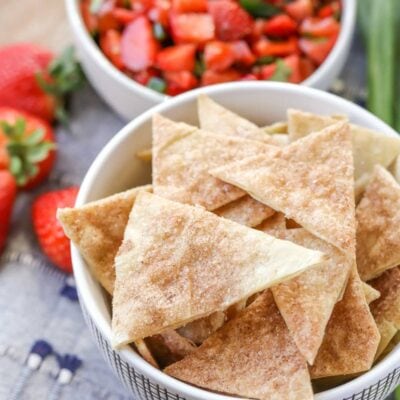 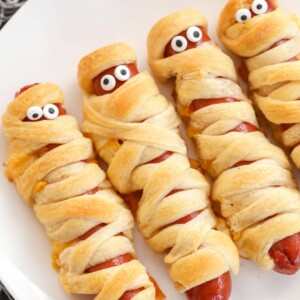 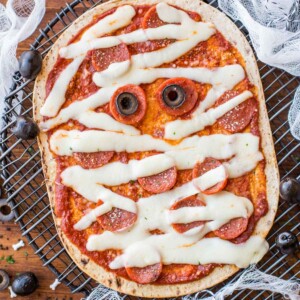 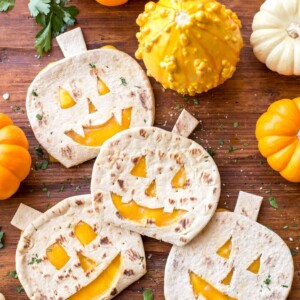 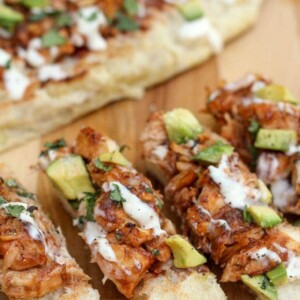 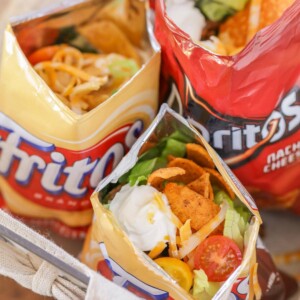 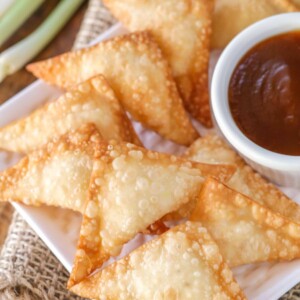