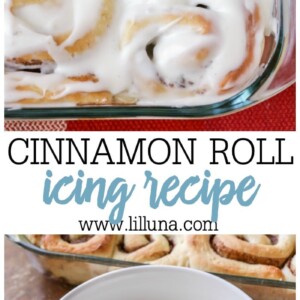 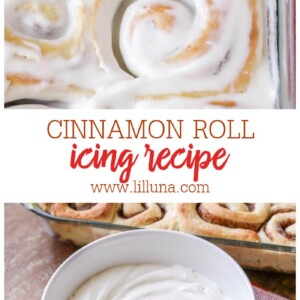 A fluffy cinnamon roll needs its perfect topping! This Cinnamon Roll Icing Recipe has the best texture and the perfect amount of sweetness.

This Cinnamon Roll Icing recipe is a necessity on freshly baked Cinnamon Rolls, but could also be used on Donut Muffins, a Sweet Breakfast Casserole, or Banana Bars! It’s very versatile.

To eat a Cinnamon Roll without a thick layer of cream cheese icing on top should be illegal. Icing completes the cinnamon roll and makes it finger-lickin’ good.

I love to smooth the icing on top of my fresh-out-of-the-oven Famous Cinnamon Rolls or Nutella Rolls. Making sure it seeps into every nook and cranny is the best part!

No part of the cinnamon roll should go untouched by icing (just my personal opinion but I think you’ll agree with me.)

This Cinnamon Roll Icing Recipe is the easiest icing recipe ever. Just 4 simple ingredients and a few minutes will turn into icing heaven! A little butter, cream cheese, powdered sugar, and milk (or half n half) are all you need.

how to make cinnamon roll Icing

Room temperature ingredients. Begin by gathering together your ingredients. Make sure the butter and cream cheese are both softened, not melted, and not still cold from the fridge. Leave on the counter for at least 45 minutes before making the icing.

MIX. In a medium mixing bowl, Mix together ingredients and beat until smooth. Do this with a hand mixer or in the bowl of a stand mixer. Spread over warm cinnamon rolls.

This Icing for Cinnamon Rolls is thicker than a glaze, but not as thick as frosting. It is the perfect addition to Homemade Cinnamon Rolls or to top quick bread or muffins. Some of my favorite cinnamon roll recipes include:

Texture. Use the confectioners’ sugar or milk to adjust the thickness of this icing. Thin the icing with a little bit of milk or half n half. Thicken the mixture using powdered sugar.

When to frost. When to add Cinnamon Roll Icing to your rolls is a personal preference. I add a thin layer of icing when the rolls are still hot causing the icing to melt into the nooks and crannies. Once the rolls have cooled, top them with a layer that will stay in place.

STORE the icing. To make it ahead of time, keep it covered in the refrigerator for a couple of weeks until ready to use, or freeze it for 3-4 months.

Let it sit on the counter to soften before spreading it over your Cinnamon Rolls. 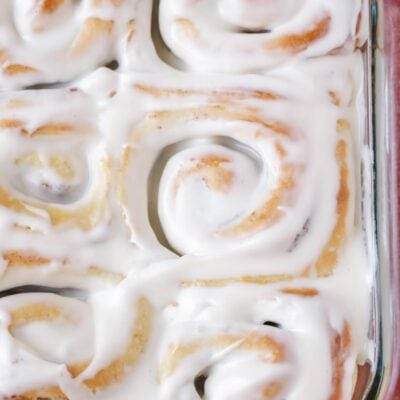 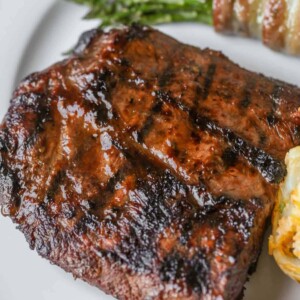 This is our all-time favorite Steak Marinade. It requires only four ingredients, and makes steak taste SO amazing! Grilling season is upon us, which means you can find us regularly… 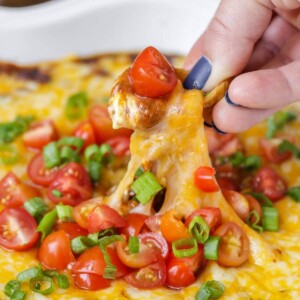 Make the BEST and yummiest Chili Cheese Dip in only 10 minutes and with a handful of ingredients. It’s the perfect appetizer for any party. Hot dips like this Chili… 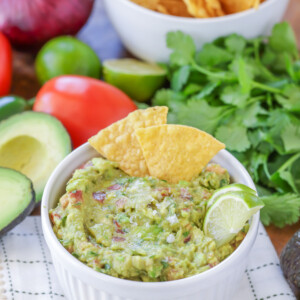 Spicy, chunky simple guacamole is so easy and addicting, it’s sure to be a crowd pleaser! You won’t be able to stop eating it. Simple Guacamole adds that special touch… 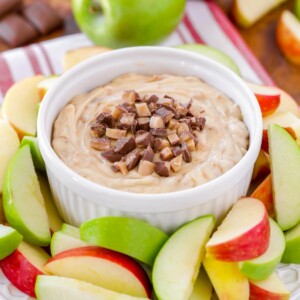 This 5-Ingredient Apple Brickle Dip recipe takes minutes to make and is so delicious! Plus, it uses common ingredients. The addition of Heath Toffee Bits makes it even better! Fruit…