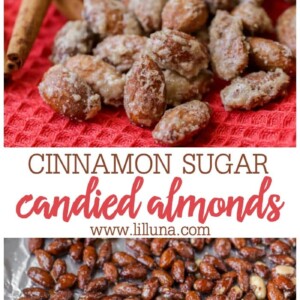 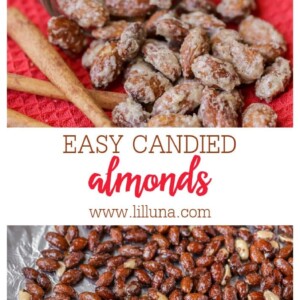 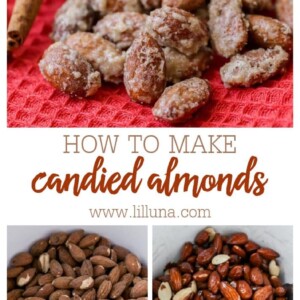 Sweet and delicious cinnamon candied almonds that are perfect to snack on or great to package and give as gifts during the holidays. They’re easy to make and are better than store bought!

These delicious little nuts are the perfect candy recipe to package up and give to neighbors during the holidays! Sometimes we’ll even pair them with are peanut butter balls, chocolate fudge, or butter mints. 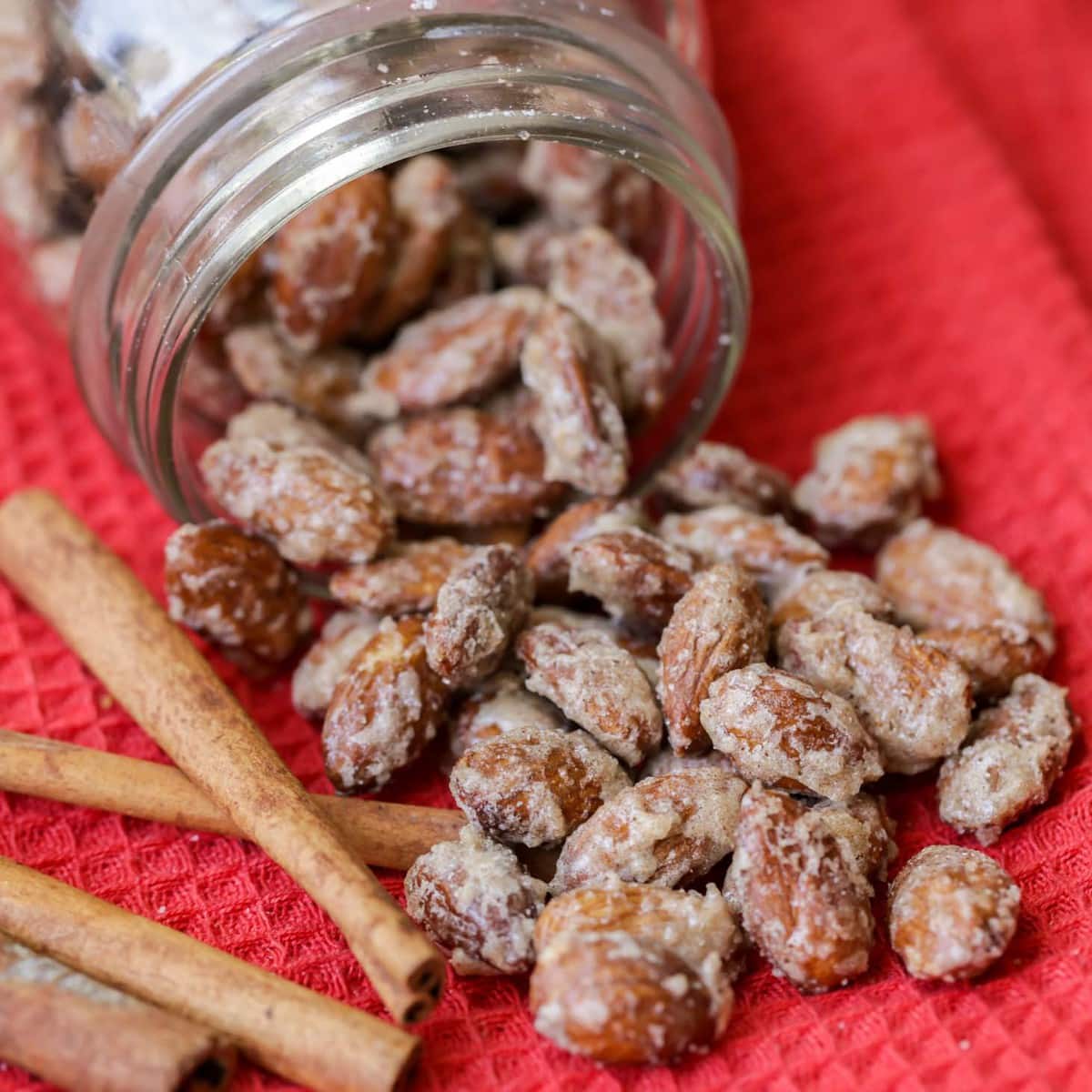 Have you ever had candied almonds before??

The hubby and I first had them when we traveled to Europe as newlyweds. We had just gone to Tower Bridge (often mistaken for London bridge) and were cold and hungry. There were street vendors near by and one was selling cinnamon roasted nuts.

We instantly fell in love and may have gotten a few bags of the goodies during our stay there.

I had never tried to make these cinnamon roasted almonds on my own, but thought we’d give it a go since the hubby craves them all the time. I’m so glad we ended up trying them because they were so easy and so tasty. The jar I made was gone in just a day with the help of the whole family! 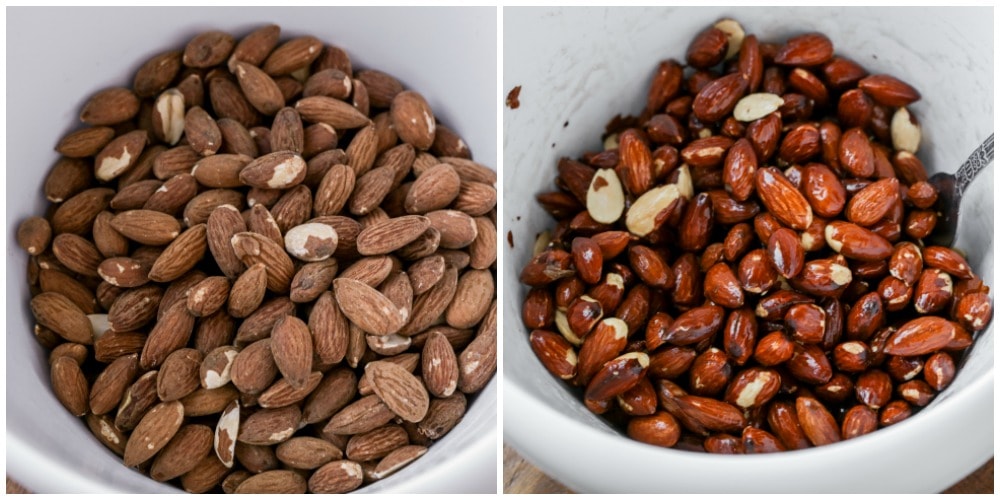 how to make candied almonds

COAT. In a small bowl, beat the egg white lightly. Add water and beat until frothy. Add the almonds, and stir until well coated. In a separate bowl (or ziploc bag), mix the sugar, salt, and cinnamon, and sprinkle over the nuts. Toss to coat, and spread evenly on the greased pan. 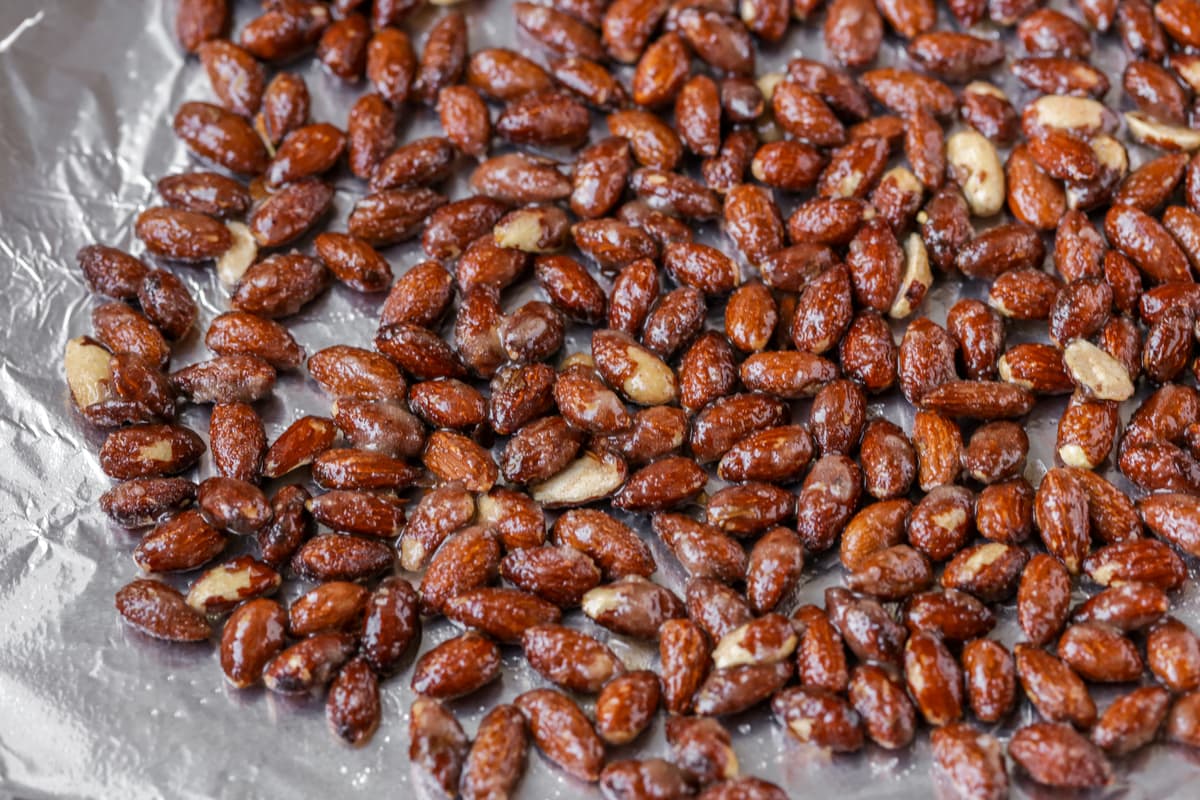 How to Store Candied Almonds + Change Up

STORING. After your candied almonds have completely cooled to room temperature, you can store them in an air-tight container. You want to wait until they’ve cooled to prevent any residual moisture from making them go bad. They’ll stay good for a week, but I promise they’ll disappear much quicker than that. 😉

Mason jars, especially mini ones, are perfect for this! In fact, packaged in a cute jar with a bow on top, these would be great Christmas gifts for friends and neighbors.

CHANGING IT UP. You can slightly change the flavor of your candied almonds by doing any of the following. 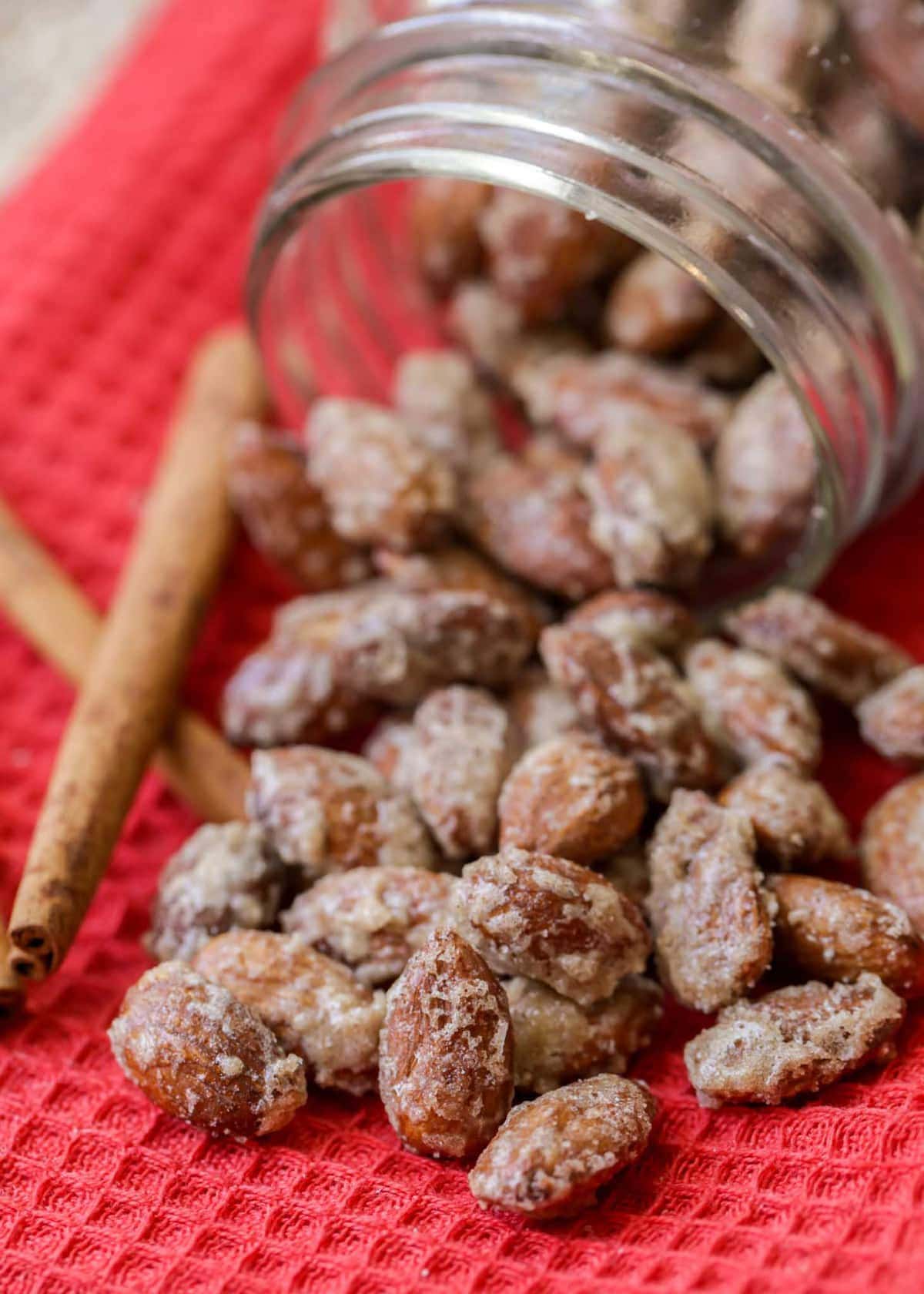 The almonds were so tasty wrapped in cinnamon, but we are excited to try these with other nuts. The next to try is walnuts (or cashews)!

I think you’ll love these nuts as much as we did. 🙂

For more nutty treats, check out: 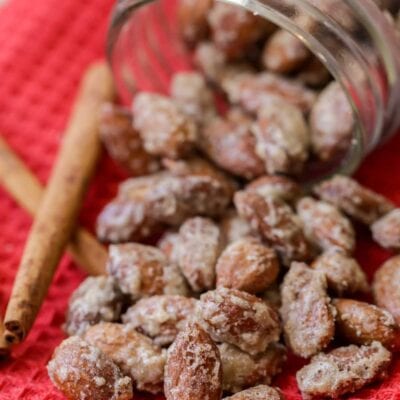 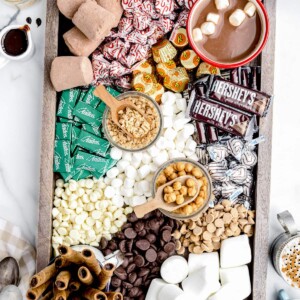 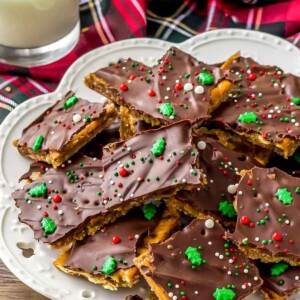 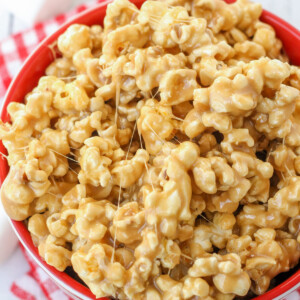 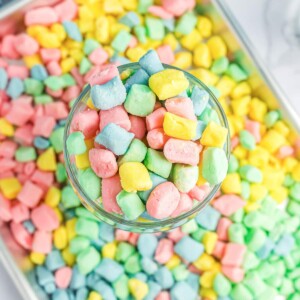 With just five ingredients, you can make sweet and creamy homemade Butter Mints. They are perfect for any gathering, and make great gifts! We love a good candy recipe –…