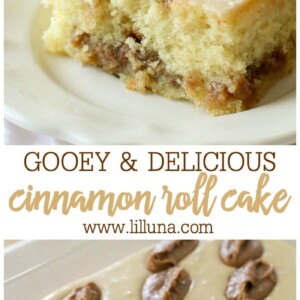 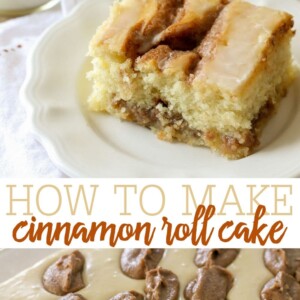 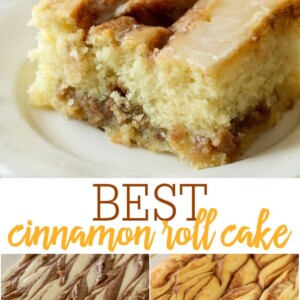 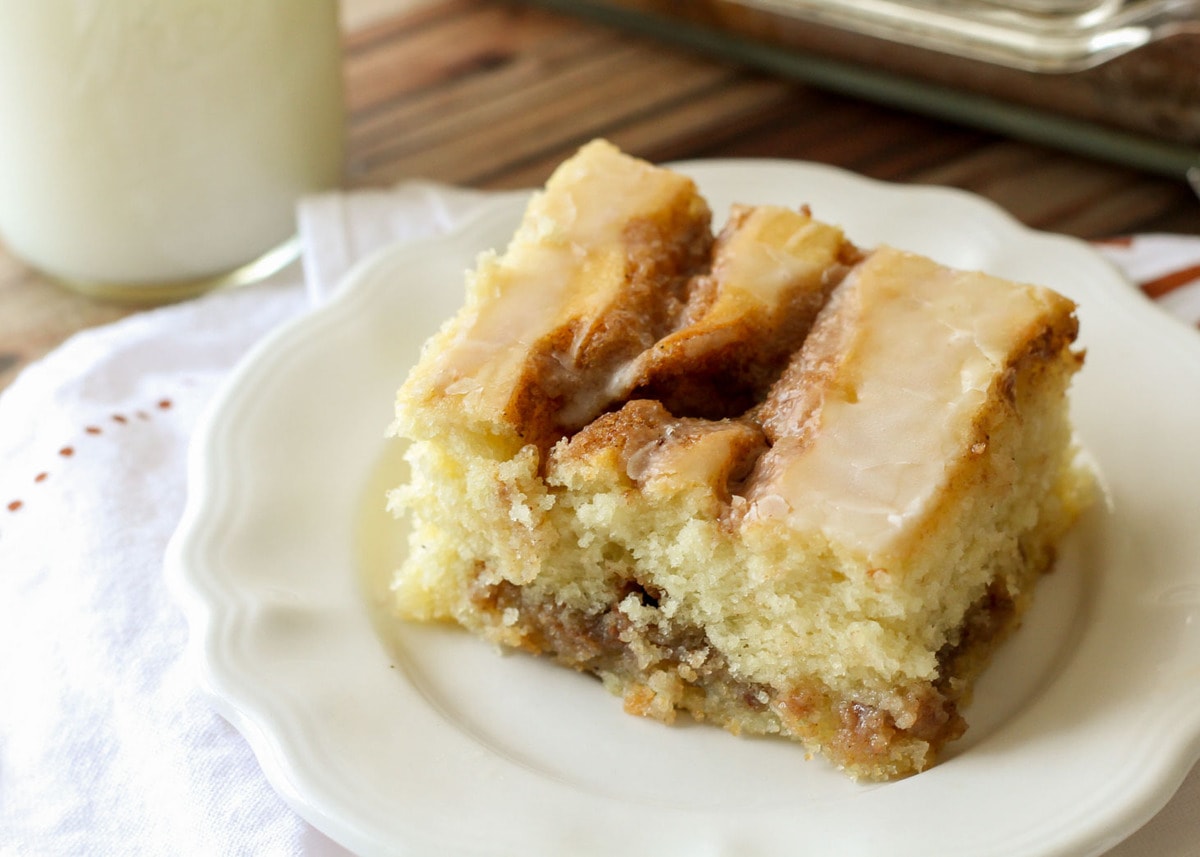 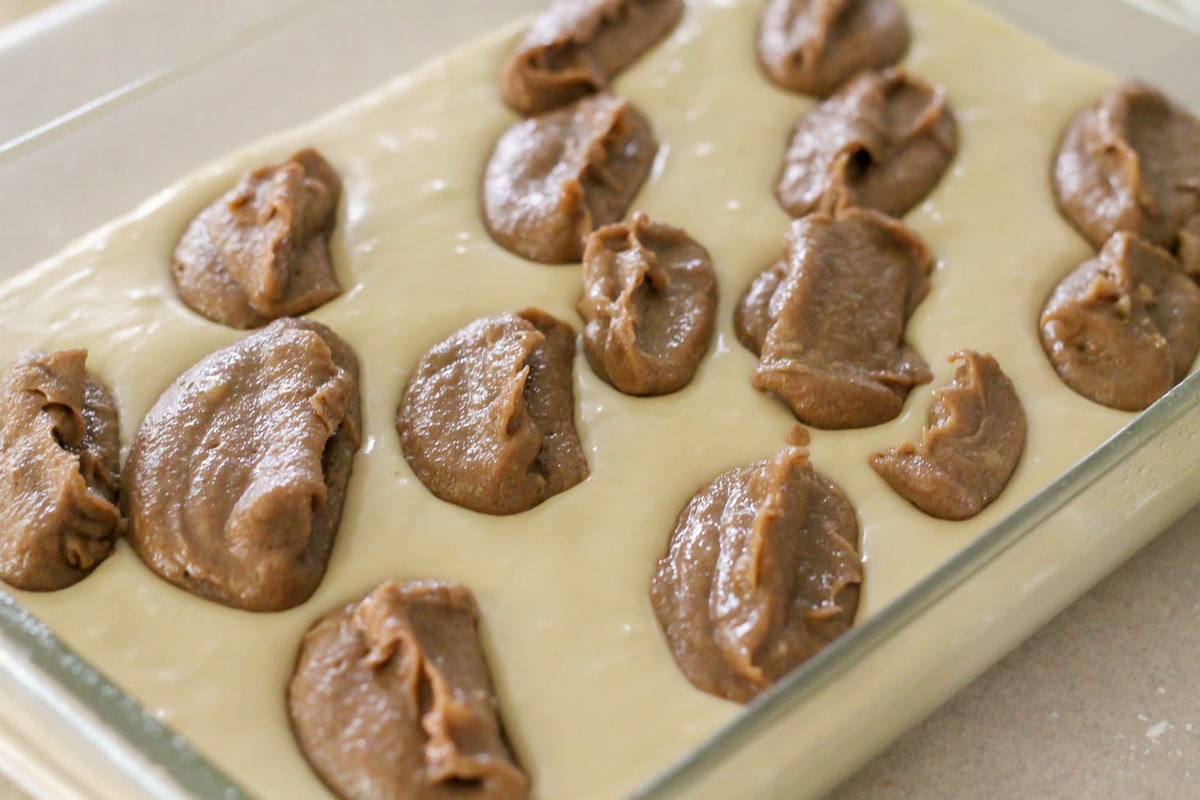 Making this cake is simple!! Yes – there is lots of butter, but that’s what it is so stinking delicious!

BATTER. To make this cinnamon casserole, begin by mixing the flour, salt, sugar, baking powder, milk, eggs and vanilla together. From there, stir in the melted butter and pour into a greased 9×13 pan.

BAKE. Bake at 350° F for about 30 minutes. While baking, make your glaze and drizzle over the warm cake.

Making ahead: We love making this fresh, so it’s warm, but you can make this ahead of time if needed. Just reheat in the oven for a few minutes to get warm before frosting so it melts right into the cake. 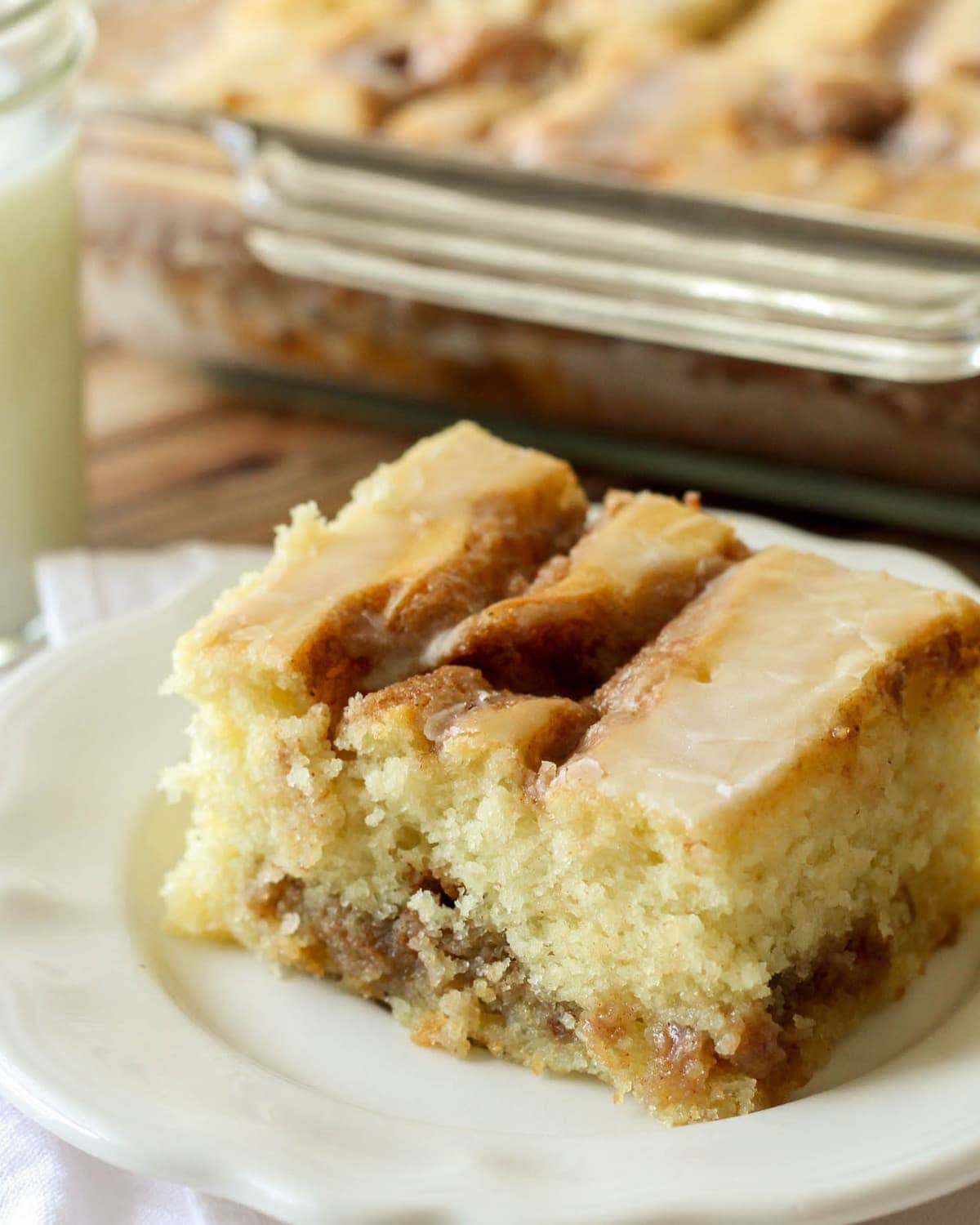 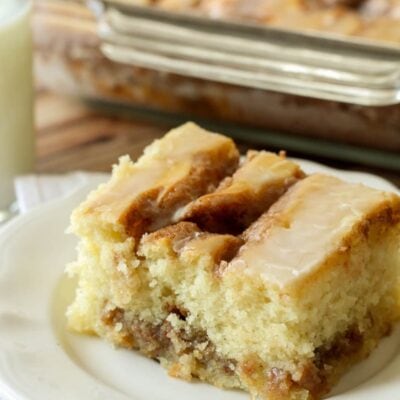 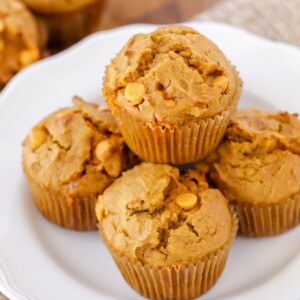 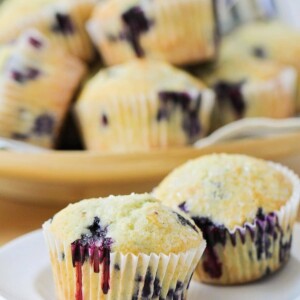 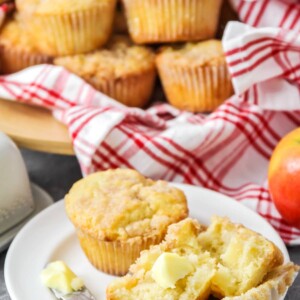 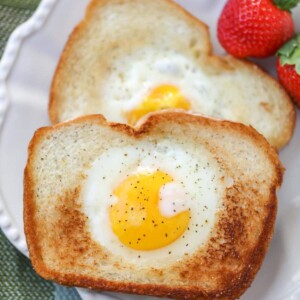 Toad in the Hole

Toad in a hole is toasted bread with an egg cooked into the middle. It’s a simple breakfast classic, perfect for any morning. Egg and toast is a classic combination,…